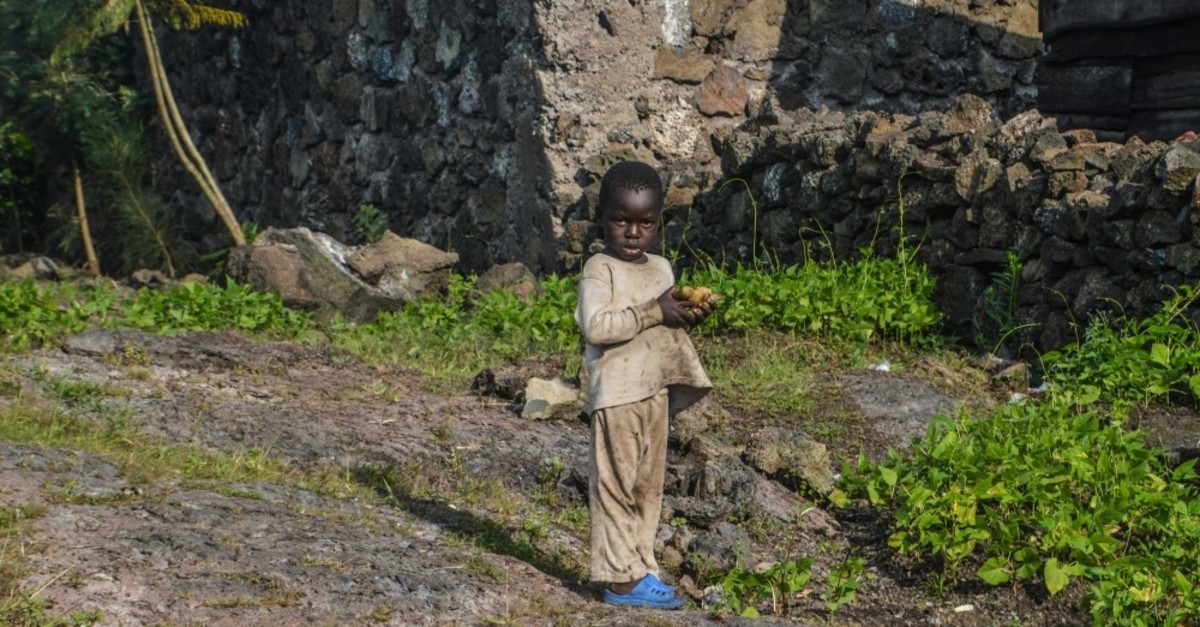 A small boy holds bread in his hands in the Democratic Republic of the Congo, where 15 million women and children suffer from malnutrition. (AA Photo)
by Oct 16, 2019 6:26 pm

On the occasion of World Food Day, a range of activities were carried out yesterday worldwide and in Turkey with the slogans “Our Actions are Our Future” and “Healthy Diets for a #Zerohunger World.” As part of this day to increase awareness of unbalanced food distribution in the world, the head of the Union of Turkish Agricultural Chambers (TZOB) Şemsi Bayraktar and the Food and Agriculture Organization Subregional Office for Central Asia [FAO-SEC] Turkey representative Viorel Gutu came together in Istanbul to discuss Turkey’s targets and contributions for zero hunger.

“The accession to safe, nutritious and adequate food by everyone particularly by the poor and children throughout the year, has to be taken under guarantee. In order to reach this target, we have to conduct more strenuous work,” stated Bayraktar yesterday.

The polarization of diets continues across the world, with obesity hitting record levels on one side and hunger increasing on the other. International organizations have been pushing efforts to lend a helping hand to those in need with various programs worldwide. Accumulating experience on humanitarian diplomacy in recent years with campaigns by state organizations, Turkey is one of the highest-contributing countries working to achieve a balanced distribution of food.

Gutu, who touched upon diseases linked to food consumption, also mentioned Turkey’s obesity data saying, “According to the World Health Organization (WHO) report submitted to the Turkish Grand National Assembly (TBMM) recently, it is estimated that three out of four people in Turkey are overweight and inactive.”

He continued by stating that food production, supply and consumer practices need to be changed while the country needs to focus on the production of healthy food.

During a symposium on food security two weeks ago, Agriculture and Forestry Deputy Minister Mehmet Hadi Tunç also underlined Turkey’s role saying, “Our country is one of the most reliable food producers in the world.”

The first office of FAO, of which Turkey has been a member since 1948, was opened in 1982 in Ankara and in 2007, together with the Host Country Agreement, the Subregional Office for Central Asia was opened and FAO's relationship with Turkey and the projects in the region were enhanced. "As a donor, Turkey has provided financing of $30 million so far," FAO-SEC had announced.

Head of the Food and Sugar Industry Labor Union İsa Gök drew attention on the fact that unhealthy diets cause diseases and death throughout the world.

“We hope that the logo implementation for food to be sold in school canteens will be applied as soon as possible for schools as of primary school level,” Gök said yesterday in a written announcement.

Adding that sugar has a vital role in this regard, he underlined the difference between natural sugars and starch-based sugars, the latter of which is unhealthy for people