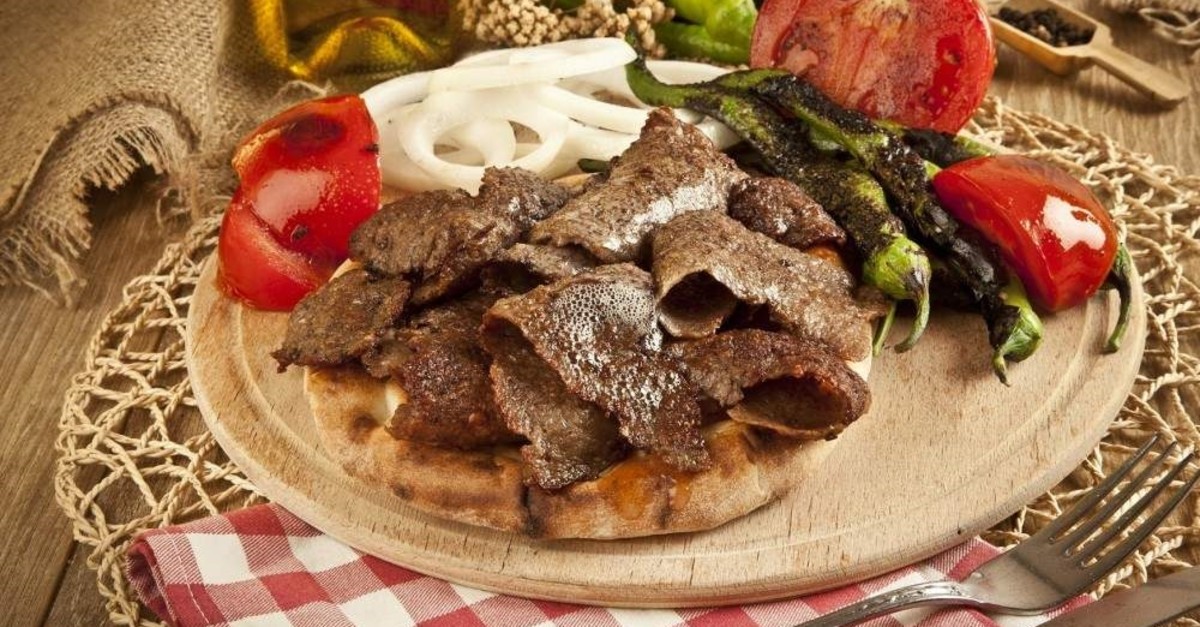 A Turkish immigrant who moved to France with his family at the age of 12 tracks the origins of popular fast food döner kebab in Europe and Turkey, compiling facts and stories for his book

Was the döner kebab really invented in Berlin? Or is this just an urban myth? Çağan Okuyan’s art book, “Kebab Project” goes some way toward answering this question. In the end, however, the subject defeats him, and the origin of the döner kebab remains as elusive as ever.

Okuyan’s book, the first of its kind, documents the aesthetics of the kebab shop firstly in Paris, where Okuyan moved to when he was 12 – from the Adapazarı province near Istanbul – and studied graphic design and visual arts. He then picks up the thread in Berlin, where he currently lives, before coming to a conclusion in southeastern Turkey – thought to be the culinary cradle of the kebab.

The book is a part of sociological investigation, part autobiography and part self-therapy. It documents two years of research in Europe and Turkey, supplementing photos with texts in Turkish and broken English, recounting quips, items of kebab lore and anecdotes of kebab shop workers steeped in sadness, melancholy and homesickness. It is an impressive work, a labor of love that has so far been far from remunerative for Okuyan. The pictures and stories are so vivid that they are almost like a film.

Ultimately, the motive for the project seems to have been for Okuyan to recapture a bit of the “Middle Eastern” warmth of Turkey in the face of the heartless egoism and selfishness of day-to-day life in Paris, where Okuyan made his money in the fashion and design industry “photographing big brands.” The kebab shops, which he chose to document, were, by contrast, oases of human warmth and sympathy.

“When I started this project I felt that there was a very big Turkish, Anatolian boy living inside me, and he had to be fed,” says Okuyan.

“It wasn’t easy at first,” Okuyan adds, about his initial attempts at engaging kebab shop workers in Paris. “I look like this, you know – I have many tattoos. I am coming with a camera. I am a little bit atypical for these guys. I went to the shop once, twice, five times. After 10 times I could finally get my camera out and start taking photos.”

No one could understand his obsession with kebab shops at the outset, says Okuyan. "My friends said ‘what are you doing? what is kebab?'" Even the kebab shop workers themselves couldn’t make him out and said Okuyan was wasting his time.

But Okuyan remained undaunted. He came with camera and without, on Rollerblades or with his fold-up bicycle. Often he would show up shortly before closing time. Over coffee, or just chilling with his phone, he asked questions, simple questions. And he found that the workers liked having someone to talk to.

He asked them how they ended up selling kebab in Paris. “And there were crazy stories, of course. Left-over stories. Some came with another mindset. Of course, it didn’t work as planned. One was a fugitive. One a political refugee. One a draft-dodger.”

The wildest story was about the guy who wanted to leave Turkey but had no visa or papers. In a car with two nephews, one brother and a Turkish carpet he left for France. Shortly before reaching the border his nephews rolled him up in the Turkish carpet and sat on top of him and they cruised into France. And that was how he got to Paris.

“All of the Kebab shops I documented,” says Okuyan, “serve more than döner. They serve a story.”

The story of an immigrant

Okuyan’s “kebab story,” as he puts it began with his immigration to France with his dad and his brother in 2002. His mom joined them a couple of years later. While in high school Okuyan discovered the kebab shops in Paris.

Okuyan became mainly interested in kebab shops as an antidote to the usual fast-food chain fare. Paris first got a taste of the kebab in the '60s with the influx of Turkish workers. They brought kebab with them – initially on a plate with fries. It became the choice dish for North African immigrants in search of halal food, an alternative to the Algerian merguez. It wasn’t long before the kebab became the proletarian dish par excellence.

“During the '90s, the kebab was the unofficial official food for students and working-class,” says Okuyan, giving fast-food chains like McDonalds and KFC a run for their money.

Okuyan’s old-style kebab shops in Paris are the last of a dying breed. And that is why he wanted to do this project. To document the shops while they still exist. He also wanted to take a stance against “fast-food colonialism.”

"So I started crowd-funding for this book. I said if you give me 25 euros ($27.63), I will give you the book. I said my aim was documenting the authentic places before they get lost. Arty-Farty, which is a European Union artist collective, called me after two weeks of this crowd-funding. They said, ‘We want to invite you and talk about kebab döner.’ They said kebab döner is the official plate of the EU. How would you respond to this? I got an invitation to the Lyon University faculty of sociology. Arte called me up. So did UNESCO and National Geographic."

Okuyan stresses that he is not a food researcher. He is more of a dilettante with a visual arts background, interested in the aesthetics of the kebab shop. Okuyan had an exhibition in Istanbul, last April, the first exhibition of the project which was also a kind of release party for the book.

“I did a very kitschy installation with some cute colors, baby blues, baby pinks, with very sad quotes from the book. One said, ‘My dreams are canceled.’ In Turkish, like, ‘I don’t have any hope for the future.” Or one said, “The winds of separation blew us away.” Because he is separated from his roots, see?”

The origins of kebab

Adana, in Turkey’s southeast, a sprawling rough-and-tumble city renowned for its intense heat and spicy cuisine was the last stop on Okuyan kebab quest.

“During my interviews with all in Berlin, Brussels, Paris and London I realized most of those brothers and sisters are from Adana, Şanlıurfa, Gaziantep and Mardin. So I decided to go there. To Adana.”

Adana is the home of the Adana kebab, essentially minced meat stuck to a spit and cooked over hot coals. Could this be our-döner kebab? To be sure, Adana probably was the source of the kebab. But what about the döner? The slowly turning of the meat on the skewer. For that, Okuyan thinks, you probably have to go back to pre-history.

“Honestly, it was too big a project for me,” says Okuyan. “I learned while doing the project. I met so many people I read so many books, did so much research. In the end I can say, it is a very heavy subject, kebab. In conclusion, I can say that kebab is just a bridge. Everyone eats kebab. Everyone. I thought I could narrow it down to a couple of types. But no. Who is eating kebab? After two or three weeks of research, I abandoned this – everyone is eating kebab! There is no one who doesn’t. Even the French right-wing politician will eat it. Or a student. Or an Uber driver. Everyone.”