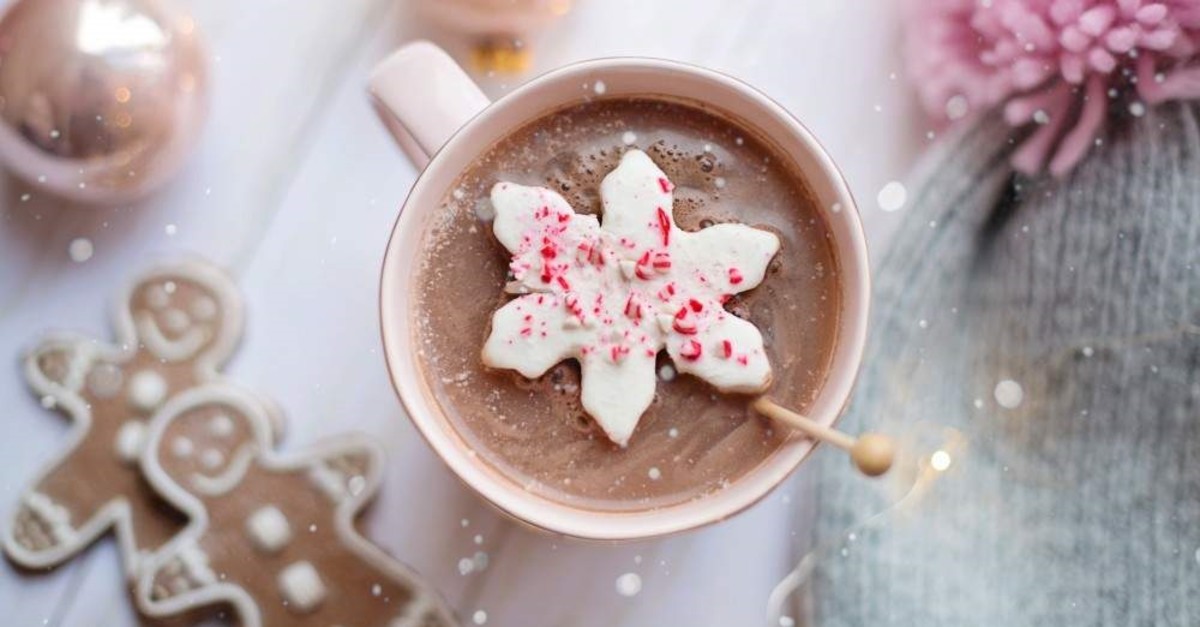 A cup of hot cocoa and some festive cookies will surely get you in the mood for Christmas. (Photo by Jill Wellington)
by Leyla Yvonne Ergil Dec 12, 2019 3:13 pm

With the holiday season in full swing, those looking to get into a bit of Christmas spirit and chase away those winter blues are in for a treat this year. Whether you're looking for delicious recipes for naughty treats, fun-filled cooking classes or a Christmas Market you can eat your way through, there's something for everyone

There are a number of festive events and exciting news for expats involving cuisine this month. From cookbooks to food memoirs, female empowerment meetups to cooking classes and Christmas markets, checking out these events may bring you inspiration and satisfaction during this holiday season.

In a twist of fate, Turkish expat Özlem Warren, who is based in the U.K. and whose cookbook "Ozlem’s Turkish Table" has been all the rage since its release last year, has seen unprecedented success having garnered the prestigious Gourmand World Cookbook Award in the Food Heritage category for Turkey earlier this month. The Gourmand Awards are considered to be the “Oscars” of the cookbook world and with this win, Özlem Warren’s book has now qualified to compete for the Best in the World in the Food Heritage category in 2020. What started as an innovative, indispensable and entertaining blog by the name of Ozlem’s Turkish Table has turned into Warren introducing healthy Turkish cuisine to the world. Alongside the success of this beautiful cookbook highlighting Turkish cuisine, Warren has also been teaching hands-on cooking classes all over the globe.

One of the best gift ideas for any expat this holiday season is the newly released anthology "Expat Sofra," available in both English and Turkish, which is a compilation of 33 stories penned by expat women touched by Turkey and also contains recipes and delectable photographs. Luckily, the ladies involved with the book and primarily co-editors Katie Belliel and Francesca Rosa and other contributors have been recently holding a number of book readings giving other fellow foodies and expats the opportunity to hear firsthand about the author’s personal experience with Turkish cuisine. This month, the contributors of "Expat Sofra" will be hitting the road with book reading events scheduled in Ankara on Tuesday, Dec. 17 at the Turkish American Association, which will be a talk and book signing by co-editors Francesca Rosa and Katie Bellie themselves, starting at 3 p.m. Then, on Thursday, Dec. 19, co-editor Katie Belliel will be joined by contributor Annie Onursan and possibly others for a cooking demo that will take place starting at 5 p.m. at Zai, which is a spectacular modern library and café, located in Bodrum’s Bitez neighborhood.

On Sunday, Dec. 15, the Philia Project will be holding a Women’s Empowerment Brunch that will take place in English from 10 a.m. to 12:30 p.m. at Kahveci Mustafa Amca Jeans, located in Beyoğlu’s Asmalı Mescıt neighborhood. The Philia Method is a peer coaching technique geared toward women to support one another. It holds gatherings all over the world. Held monthly, this Sunday’s theme will be “Arrogance vs. Confidence: How to strike the balance” and will offer opportunities for women to share and hear others’ stories and experiences. This event is free and attendants are only asked to pay the cost of what they order.

There will be a very special treat at a workshop on preparing Greek holiday desserts that will take place on Sunday, Dec. 15 at the Panayia Greek Church in Yeniköy. Organized by the “Discovering Yeniköy” community, which are a group of locals and expats that research the history of this beloved neighborhood located in the Sarıyer district of European Istanbul, this workshop aims to shed light on the wonderful legacy of the harmonious cohabitation of the Turkish, Armenian and Greeks the neighborhood historically housed. This workshop, which will start at 2 p.m., will teach participants how to prepare some of the traditional Greek desserts that are served during the Christmas holiday, such as the almond biscuits referred to as Melomakarona in Greek and as the Kavala Kurabiye in Turkish as well as a special New Year’s cake called Vasilopita. Registration is required as space is limited and further details can be found @discoveringyenikoy on Instagram.

For the first time ever, the historical Four Seasons Bosphorus will be hosting a festive 10-day Christmas Market that will take place between Dec. 20 and 29 and will feature international street foods from all over the world, traditional holiday treats, daily performances by some of Turkey’s leading musical performers, as well as a carousel and an ice skating rink set up along the Bosphorus. Foodwise, think German frankfurters and French escargot alongside Turkish street food staples such as gözleme and lokma, while there will also be bonfires blazing and a photo opportunity in a snow globe. The highlight of this unique Christmas Market, however, is the list of stellar performers that will be taking the stage, ranging from Turkish pop star Yalın and former Eurovision contender Can Bonomo to Ayhan Sicimoğlu & Latin All-Stars and reggae superstars Sattas to alternative female vocalists Kalben, Fatma Turgut, Lara di Lara, Jehan Barbur, Birsen Tezer and beloved guitarist songwriters Bülent Ortaçgil and Evrencan Gündüz to name just a few of the performers that will be gracing their presence at what is set to be the country’s biggest holiday fair yet. Hence it should come to no surprise that the ticket price for entry is admittedly a hefty one. However, being brought to us by the same organization that delivered Holifest to Istanbul, it will most assuredly be a colorful and cool event, no pun intended. However, let me remind you that there will also be an ice-skating rink. Entrance details and pricing varies, with a single session entrance offered on weekdays from 4 p.m. to 10:30 p.m. and double sessions held over the weekend, which will be from noon to 5:30 p.m. and 6 p.m. to 11 p.m. respectively. Some days, entrance costs as low as TL 88, while other days are higher at TL 120 TL and TL 150 with the premiere evening costing upwards of TL 300. Pricing and scheduling details can be found on Biletix.