Taste safari: Flavor hunt at the foothills of Mount Erciyes 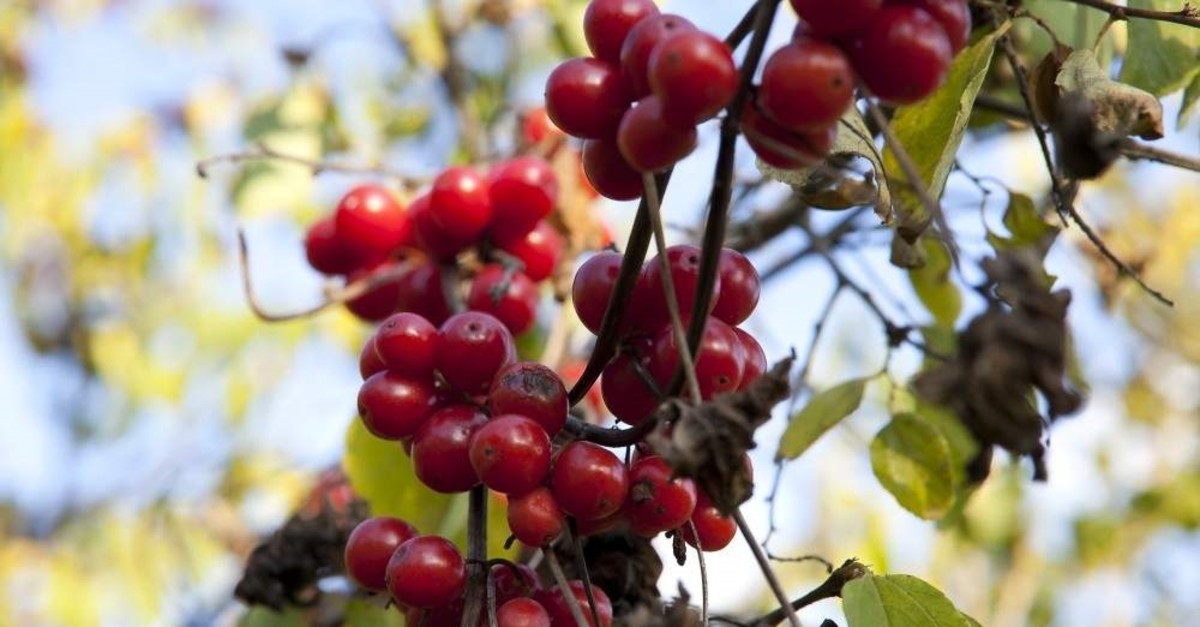 You haven't eaten authentic Turkish food until you have tried the rich and spicy specialties of the city of Kayseri. As a cross-point for various civilizations throughout time, the city and its surrounding region are truly a foodies' paradise.

Anatolia is home to an immeasurable host of natural beauties and rich history – not to mention a wealth of delicious treats waiting to be discovered. When you delve into its traditional dishes, you get a sense not just of the flavors but also the culture and history behind them. In a sense, you are discovering the city all from the comfort of a table spread.

On my most recent trip to Kayseri, I noted around 7 p.m. that the air was cooling more so than when I had first visited. As the sun set, it looked as though I'd have to wait until morning to explore the city any further. So, I decided to head straight to dinner, having tried really hard to keep my belly empty all day in anticipation of what was to come. I knew I’d be bursting by the end of this trip.

I sat down at the dinner table, waiting to be served all sorts of traditional delicacies. I knew I had to eat little by little. If I gave in to temptation, I’d surely come back more than a few pounds heavier.

On one side of me lay a classic Kayseri casserole filled with eggplants and diced lamb cooked in a hot pot, while on the other side sat a “pöç” – a traditional dish made from oxtail – just calling my name and waiting to be devoured. It was quite a satisfying first day if you couldn’t already tell.

A culinary tale of a thousand civilizations

Kayseri is Anatolia’s earliest center for the trading of foodstuffs. The first settlement in the area was founded in the ancient city of Kültepe in 3,000-4,000 B.C. by the Hattians, the indigenous people of Anatolia who would eventually make way for the Hittites. The first cuneiform tablets in Anatolia were also found in Kültepe, which was the first organized trade center. Since many texts on food have been found on the cuneiform tablets unearthed in Kültepe, we can say that the oldest articles about food in Anatolia were written in Kayseri. Thanks to the city's role as a bustling commercial center, all the cultural interactions between different civilizations and societies passing through the city helped shape the culture and cuisine of the Kayseri we know and love today.

The journey of mantı, traditional Turkish dumpling, begins in China and ends in Kayseri. After a long-winded journey along the entire Silk Road, it eventually arrived in the region in its current form. Mantı is a gift to Anatolian cuisine from the Turks of Central Asia. There are actually many types of mantı, but it is more commonly known as Kayseri mantısı in Turkey. Kayseri mantısı is known for its small size, served with garlic yogurt and melted butter drizzled over the top, with sprinkles of crushed red pepper flakes and dried mint. In Kayseri, this hearty dish is generally consumed as an appetizer, not as a main course. To show how efficient you are in handling this dish in the city, you have to complete the dish in no more than 40 spoonfuls. I could not keep track of how many spoonsfuls I had shoveled in, losing myself in mantı-mania.

Another traditional flavor you can find at every meal table in Kayseri is pastırma – seasoned and air-dried cured beef sometimes dubbed as Turkish bacon. We learn from Roman sources that it was the Turks who made the first beef pastrami and introduced it to Anatolia, and from there Europe, after migrating from Central Asia. Old Turks, as famous nomads, consumed pastırma when they went on long trips on horseback.

Throughout these long journeys, the Turks made pastırma by keeping their meat dried, salted and seasoned with wild herbs, stored under their saddles – a great method of preservation for those on-the-go and a method that helps preserve many of the nutrients. Even though the way it is made today has changed, it is a flavor paired with every meal in Kayseri. From the first moment I sat down at the table, I got the chance to taste every type of pastırma, from special kağıt pastırma (paper pastrami) to pastırma turşusu (pickled pastrami). I was spoiled with choices.

There was a particular color that dominated dinner tables in Kayseri: red. The particular shade is drawn from the endemic guelder-rose, the biggest source of red in Kayseri besides peppers, giving a rich tone to beverages, salads and even tables, where it was displayed for aesthetics. "Gilaburu" is an endemic plant that grows only in Kayseri, on the edges of the forests of northern and central Anatolia. The people of Kayseri make a drink from this fruit, and it is always at the ready on their tables.

Guelder-rose is also consumed in pickled form. When I first tasted the drink containing these tiny balls in the form of small fruits, I can’t say that I really liked it. But as the food kept coming, I continued to gulp it down. On second thought, the fact that it is beneficial for health might have pushed me to stick to it. However, be warned – the sour taste is what hits you first.

Hundreds of Yılkı horses on the skirts of Erciyes

Now, there is there is the feeling of being full and there is feeling that you will actually explode. Kayseri leaves a person feeling the latter.

On the last day, I knew I couldn’t leave without having a brunch of buffalo milk, pastırma and sucuk (a Turkish beef sausage) at the nearby village of Hürmetçi, despite trying my very best to stay away from tables to avoid eating any more. However, the most important feature of the village, which is located on the outskirts of Erciyes, is not its natural products, but its horses. If you contact “Ali Amca,” who has been taming Yılkı horses (Anatolian free-roaming horses) in Hürmetçi village for 30 years, he can prepare the herd for you.

It was a poetic experience for me to watch the Yılkı horses running on the skirts of Mount Erciyes. It was a very enjoyable experience to watch those horses gallivanting across acres of land, especially at sunset. It was so captivating that it made me want to run along with the horses.

With its historical and cultural richness, the province of Kayseri has been influenced by many cultures throughout history. It was an important center of trade at the time which created the very texture, a beautiful mosaic of cultures that it is today. Without a doubt, the city owes its gastronomic wealth to this.

So if you want to have a weekend of nonstop feasts on the foothills of the mighty Mount Erciyes, make sure to stop by Kayseri. But be sure to make some room in your belly! Bon appetit, or "afiyet olsun," as we say!