Growing tomatoes to the sound of music in northwestern Turkey 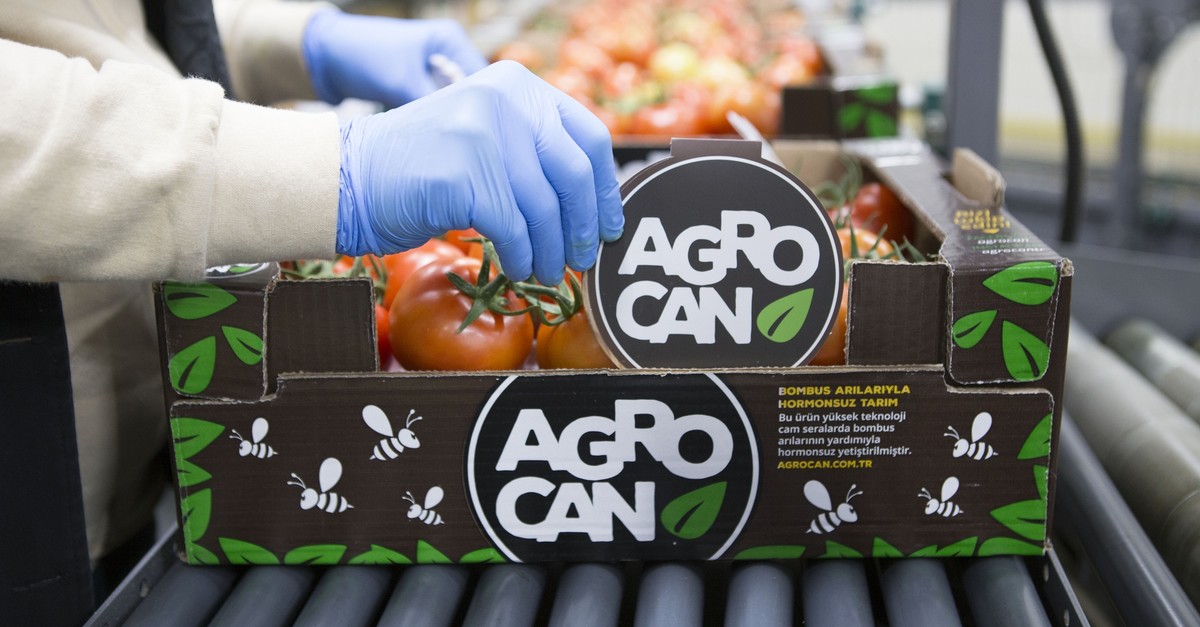 Let's take a look into the story of Agrocan, Turkey's first and only sustainable greenhouse facility that combines the fields of energy, textile and industry to create fresh, organic produce

What if I told you that a sustainable way to produce hormone-free, naturally grown tomatoes has been found in northwestern Turkey, where a family enterprise has been operating for over 30 years? Meet Mahmut Can, the owner of Agrocan, and the man behind this whole operation.

Can sat down with Daily Sabah to tell us how Agrocan's venture in biological agriculture began.

The story starts in the 1980s, far from farming, with a textile factory. As the factory and facilities grew, so did the supply and demand, creating a need for more energy.

A stable power source was desperately needed to achieve consistent, timely production, so the company built a 5.5-megawatt cogeneration unit. The unit not only alleviated the problems with the national grid by providing stable energy, but it also created two types of energy: steam and electricity. The steam generated by the unit would also be used during dying processes. It was a win-win situation.

Later on, about 12 years ago, while researching how the company could reduce their waste heat and become more efficient, the idea of creating glass greenhouses was born. The steam generated by the textile production facilities would heat up the greenhouses via pipes. 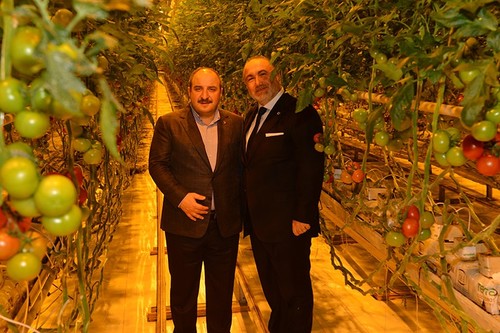 Mahmut Can, the owner of Agrocan

"After undertaking feasibility research with engineers and other experts, we saw that it was possible, which got us really excited," Can said. Agrocan's first glass greenhouse was established soon after.

The first year saw the construction of a 50,000-square-meter facility and the following year, a second greenhouse of the same size was built. After seeing how well things were going, Can and his colleagues decided to add their third and final seedling facility, this time an 11,000-square-meter one. These production facilities and the integrated greenhouse system grew into today's Agrocan.

Over 150 blue-collar workers care for and handle the plants, tending to the plants' every need, while 10 engineers work round the clock to make sure all operations are running smoothly.

However, these employees aren't your average workers. They were carefully selected and received the best training – learning about everything from bee allergies to how to use harvesting shears, and even how they should speak to the tomato plants.

Yes, you read that correctly. It may sound like a strange thing to do, but research suggests that any sound, including music, can help boost plant growth.

Commenting on the topic, Can said: "You are dealing with living beings. If you manage to tap into their frequency, they can talk, communicate with you. They do so with their leaves, stems and colors. They respond to you. First and foremost you have to learn their language."

"That's why we make them listen to music," he said, adding that this was a valuable tip passed onto them by an esteemed Dutch professor.

Rhythmic, bass-heavy beats and sound waves have a profound effect on living things. "And we, amazed by this info, have been incorporating this into our production process ever since," Can added.

From coconuts to dinner tables, through a sustainable route

Agrocan's greenhouses are made entirely of glass and have the latest technology available in both Turkey and Europe. The greenhouses continuously receive data about the weather from all computer-supported meteorology stations so that engineers can make the necessary changes to the environment to record optimal growth.

The company produces about 5,000-6,000 tons of tomatoes a year. Can said that thanks to a fully automated computerized system, they can trace every single tomato back to its origins, right down to the main seedling it came from, and so can their customers thanks to the QR codes placed on the boxes of produce.

When asked what makes Agrocan so different than other agricultural facilities, Can said the first difference is in its integrated structure. The company's textile production, power plant and greenhouse system are well integrated, with each unit helping power the other. 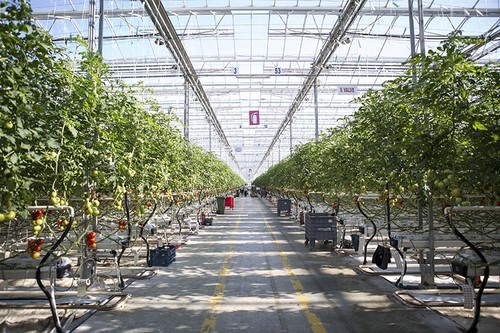 Can explained the benefits of having such technology. "When there is no sun and the weather is cloudy, we have a system that helps us recreate the blue and red wavelengths the sun emits, which is needed to start the photosynthesis process," he said.

Expressing hope that they will soon start working with Turkey's Scientific and Technological Research Council (TUBİTAK), Can said Agrocan's primary mission is to grow the plants without any pesticide residue or remnants of chemicals.

"The most natural and only way to ensure this is to grow these tomatoes in coconuts instead of soil," he said, adding that only bees are used to pollinate them.

By using coconut coir, also called coco peat, as a potting medium instead of soil, Agrocan effectively erases the threat of pests, allowing them to dedicate "all of our time, energy and effort to the plants themselves."

Can said there were only two ways to eliminate these pests: using pesticides or using predator insects.

"In a way we are just mirroring what naturally happens in nature," he said, noting that by eliminating all remnants of chemicals, the fruit grown doesn't constitute any health risks.

Can said they place special importance on quality control. The tomatoes grown at the facility go through thorough inspections and a multistep quality assessment process run by engineers; then they are inspected by section chiefs. At the picking stage, there are special automated systems where the produce again goes through a final quality check, which divides the fruit into first- and second-grade quality.

On the topic of zero waste, Can said they are following in the footsteps of first lady Emine Erdoğan and that their R&D centers were working hard to achieve that goal.

"Our packaging philosophy is to use materials that come from nature; that's why we only use cardboard made from cellulose," he noted.

Agrocan also recycles the plants themselves. The stems of the tomatoes can grow to a whopping 14 meters from just 20 centimeters in the span of 11 months. As herbaceous plants, tomato plants have non-woody stems that die at the end of the growing season, but these parts are also very rich in minerals.

"We turn these mineral depots into compost and use them as raw material to feed worms to create worm manure," Can added.