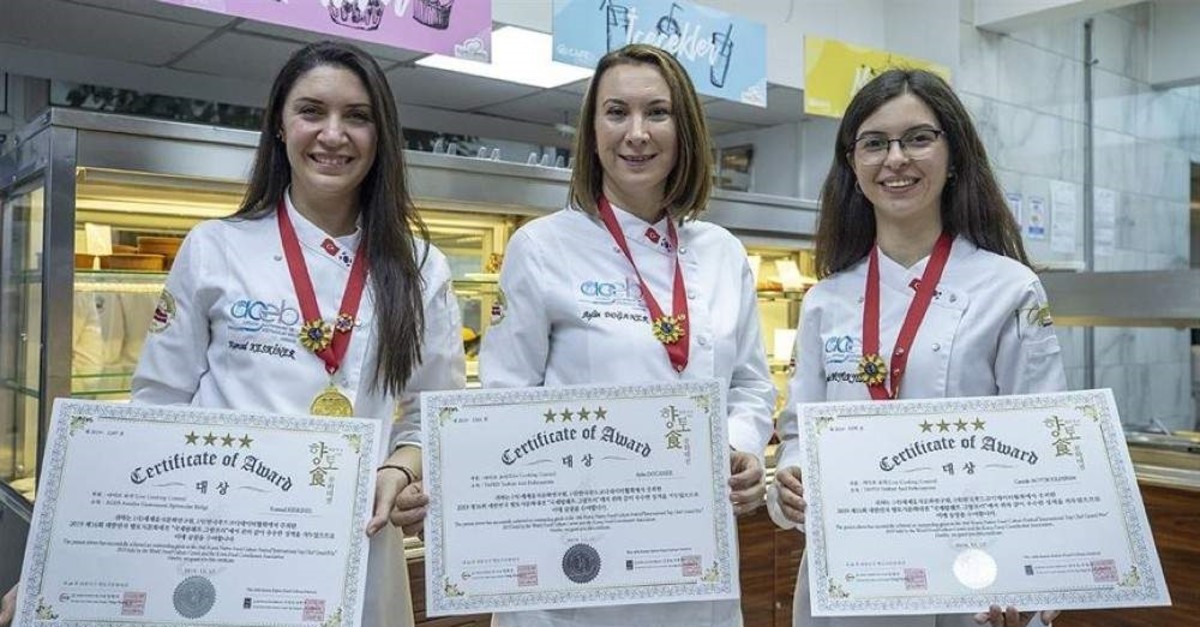 The Turkish team, consisting of 10 mostly female participants led by Chef Haldun Tüzel, went home with 10 gold medals in a competition that pitted the team's talents against those from China, Taiwan, Vietnam and many other nations

The teams were asked to prepare several dishes within one hour, with the Turkish team dazzling judges with a "hünkar beğendi" dish for mains. The dish consists of smoked eggplants mashed into a puree and garnished with meat on top. For appetizers, they presented vine leaf rolls filled with a combination of rice and sour cherries, as well as the world-renowned hummus. To round off the menu, a sweet portion of semolina halva was also served up to the judges.

Chef Aylin Doğaner, an instructor who won on "The Taste of Korea" show in 2017, told Anadolu Agency that they selected traditional dishes that would appeal to the Korean tastes. She pointed out that Koreans especially enjoy dishes with eggplant, hence their choice of hünkar beğendi. The country is also fond of cinnamon-flavored dishes, and thus a dash of this spice was added to the leaf rolls and halva.

Pastry chef Kumsal Keskinel said that when the idea of competing in Korea was pitched to them, she agreed immediately. "I accepted without hesitation because being able to represent my country is one of the greatest honors for me." Given the Turkish team was the group that traveled the farthest, she said the team was sure to win. "But of course we were excited and were worried about whether we could make it on time," she said.