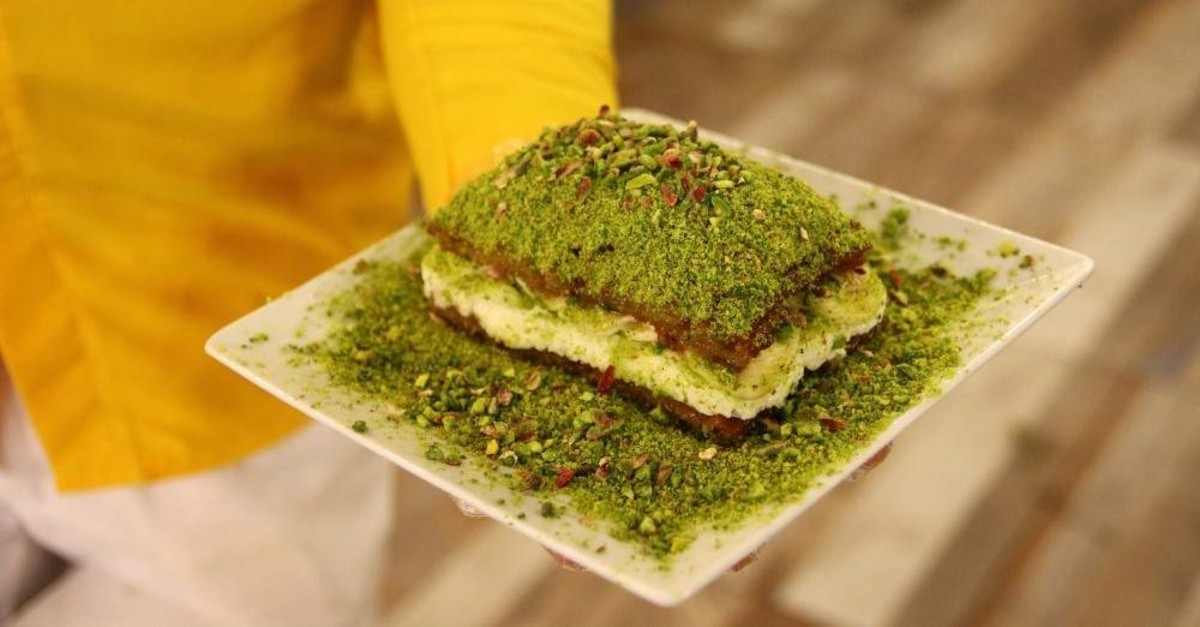 The southeastern province of Gaziantep, which is a member of UNESCO's "Creative Cities Network," has come up with a new creation paying homage to its characteristic pillows – a dessert!

The inventor of the dessert, Kenan Süzerer, applied to get his recipe patented after seeing how much his customers enjoyed the "Minder" (pillow).

The dessert consists of layers of dough – the type used to make the traditional Turkish "tulumba" dessert that is deep-fried and then soaked in syrup – with creamy kaymak in between acting as a buttery milk spread. Complete with slices of banana sprinkled inside, the sugary silky sandwich is drenched in Gaziantep's famed ground pistachios.

Süzerer has also created a lighter version of the dessert, using ice cream between the layers of tulumba instead of kaymak. His customers seemed to enjoy that version just as much.

"As it is a light dessert, everybody likes it. All the ingredients are natural," he told Anadolu Agency (AA).

Süzerer said he took over the dessert business from his father, who took it over from his own father. Süzerer said that he was always looking to reinvent and innovate his recipes. "I have traveled to many cities and went abroad as well. I always saw the same flavors," he said.

"One day, I said to myself that I need to make a difference. I tried to design something that would both represent the city and be delicious," he recalled. Taking inspiration from the pillows widely used in Gaziantep, he decided to incorporate them into his sweet creation.

He said he was happy to contribute to the gastronomical inventory of the city. Sharing his future plans, Süzerer said he would like to franchise the dessert within Turkey as well as to different countries around the world.