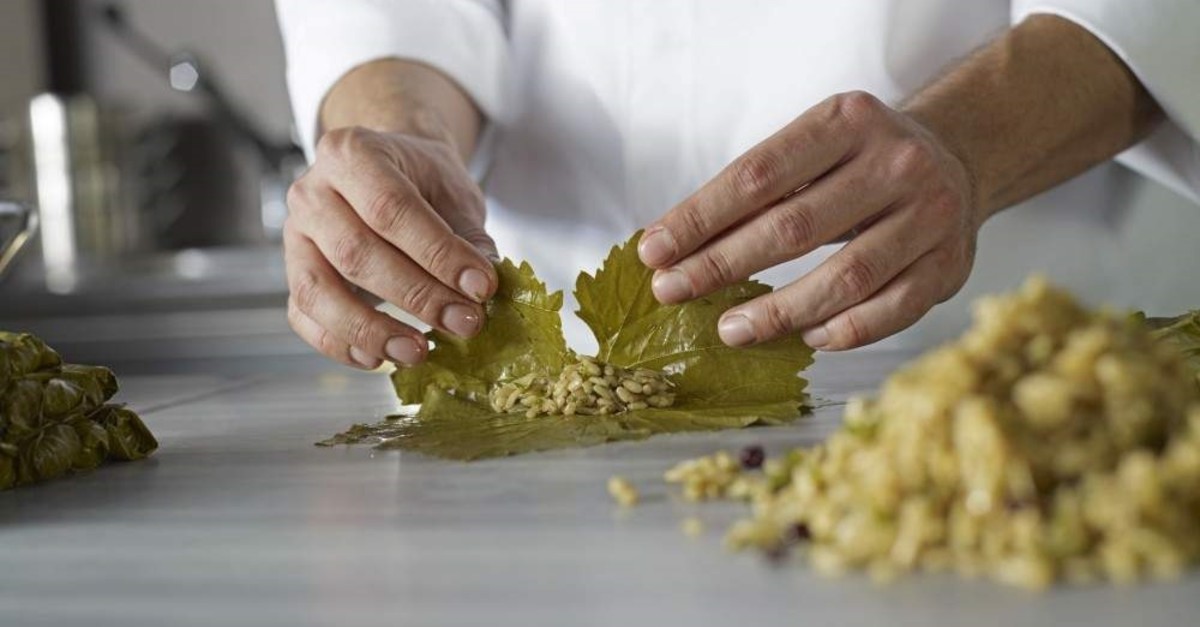 For the honorary month of Veganuary, we present you just a sliver of all the vegan options Turkish cuisine has to offer, debunking the misconception that Turkish food is just spicy and meat-based.

The first thing that comes to mind when Turkish cuisine is mentioned is meat – all of the different kinds of kebabs alone are enough to fill their own recipe books, be it "döner" from Hatay or spicy kebabs from Adana or Şanlıurfa. Coming in close second, people think of the probiotic wonder that is Turkish yogurt, which is represented in many forms.

But Turkish cuisine has so much more to offer than just meat and yogurt. So here is a (small) look into all of the delicious vegan options.

This is a category of food that has – as the name suggests – olive oil in it, which is an essential part of the Aegean and Mediterranean cuisine. As the main course, there are many variations including vegetables such as leeks, green beans, eggplants or okras as the main ingredient. These dishes get a healthy dose of olive oil, either grilled, roasted or steamed until they have the right consistency. One of the most popular dishes that can be made vegan are stuffed vine leaves ("sarma") which can have a wide range of fillings but usually consist of rice, tomatoes, dill, parsley, pine nuts, currants and a variety of spices. There is even a version with sour cherries or plums, giving it a nice sweetish-sour tang. Some regions can add ground beef to the filling but many in the west choose not to.

It would be a crime to speak of filled goodies and not mention "dolma," especially ones made out of dried eggplants filled with a similar lemony rice mixture originating from the southeastern regions of Turkey.

These are more like appetizers than a full-blown dish but are nonetheless a crucial part of Turkish "rakı" tables. Many mezes are served at breakfast as well and go really well with some Lavaş, which is a flatbread that is made out of water, flour and salt, cooked on an open fire or a tandoor. One particular meze has even reached international popularity, hummus – a chickpea puree with many different versions to explore and enjoy. But mind you, not all mezes are vegan. Here are a few that you might want to consider tasting on your next trip.

Muhammara, consisting of tomato and pepper paste, with walnuts and spices decorating them; babagannuş, made out of roasted eggplants, peppers and tomatoes; acılı ezme (hot spicy dip), a spicy mash of tomatoes, onions, pepper paste and lots of spices; and şakşuka, fried eggplants and potatoes made into a delicious tomatoey garlic salad.

These seem like an obvious choice for a vegan lifestyle but I just need to stress that there are truly traditional Turkish ones that are worth a try. One of them is called kısır and is very popular in the summer months, usually eaten with a leaf of lettuce used as spoons or tiny bowls. It is made out of fine bulgur and tomato paste which gives it a nice orangey tint. Another staple of Turkish salad culture is piyaz, a legume salad made out of white beans, onions and parsley which is served in almost all Turkish restaurants as a side dish. However, be warned, the traditional piyaz of Antalya features boiled eggs and tahini as well, so it's best to ask to be on the safe side. 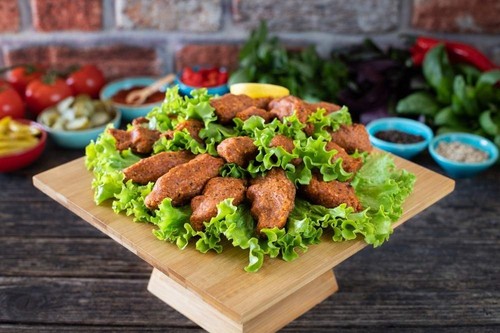 "Köfte," which inspired the Swedish meatball, are a popular street food in Turkey, especially in the form of sandwiches. But even more popular and much cheaper is the vegan version, çiğköfte. Çiğköfte shops can be found pretty much everywhere and they guarantee a full stomach. They consist mainly of fine bulgur and come in a variety of spiciness. Served with lots of greens, pickles, lemon and pomegranate sauce, you can eat yours rolled in bits of lettuce or as a "dürüm," wrapped in a thin lavaş for mess-free eating. However, if you happen to stop by in Şanlıurfa in Turkey's southeast or get invited to dinner where the host will be making it from scratch, be careful as the recipe traditionally contains raw meat. Your safest bet will be çiğköfte chains and street sellers.

Another easy and very yummy köfte is the lentil kind. Made out of steamed red lentils mixed with tomato and pepper pastes and lots of greenery, these köftes become the perfect little party food or veggie snack.

The last one I want to mention here is called "fellah köfte," again made out of thin bulgur, with the addition of semolina. However, these are much thicker in consistency and are drenched in a scrumptious sauce with lots of onions and cumin, to balance out the flavor. 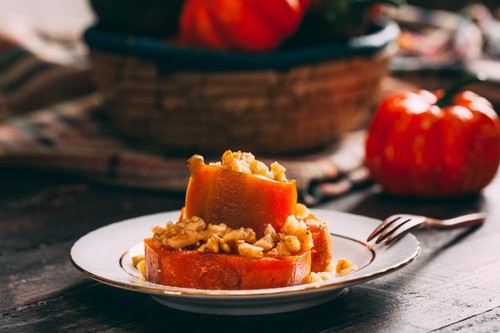 Now that our tummies are full, some dessert would be perfect to top it all off. If you were ever in Turkey, you probably saw some street vendors selling lokma, which is fried dough dipped in syrup. Vegans, don't fear, they are safe to eat and make a great crunchy treat. Another sweet staple of Turkish cuisine is helva. You can of course buy tahini helva pretty much everywhere but even though the majority of them are vegan, one should always be cautious and read the ingredient list. If you don't want to risk it at all, make it yourself. Flour helva can easily be made out of vegetable oil (instead of butter) and so can the semolina kind.

Pumpkins might be very popular in the U.S. but they are also a favorite in Turkey, especially when fall rolls around. The dessert called "kabak tatlısı" is very popular, especially around fall and winter, and is literally made out of sugar and pumpkin itself, garnished with walnuts.

If you like more pudding-like desserts zerde and ashura are must-tries! These deserts are full of a variety of nuts, grains and fruits. Ashura is sometimes made with milk but most are not, so a simple question should solve that easily.

Only the tip of the iceberg

Turkish cuisine is immensely rich and versatile in its execution. Considering that every region has completely different dishes it is no surprise that the things we have listed here are merely the tip of the iceberg. I can only encourage you to dive deeper into the delicious possibilities the seven different regions of Turkey have to offer.