Istanbul gets taste of vibrant Sri Lanka for a day 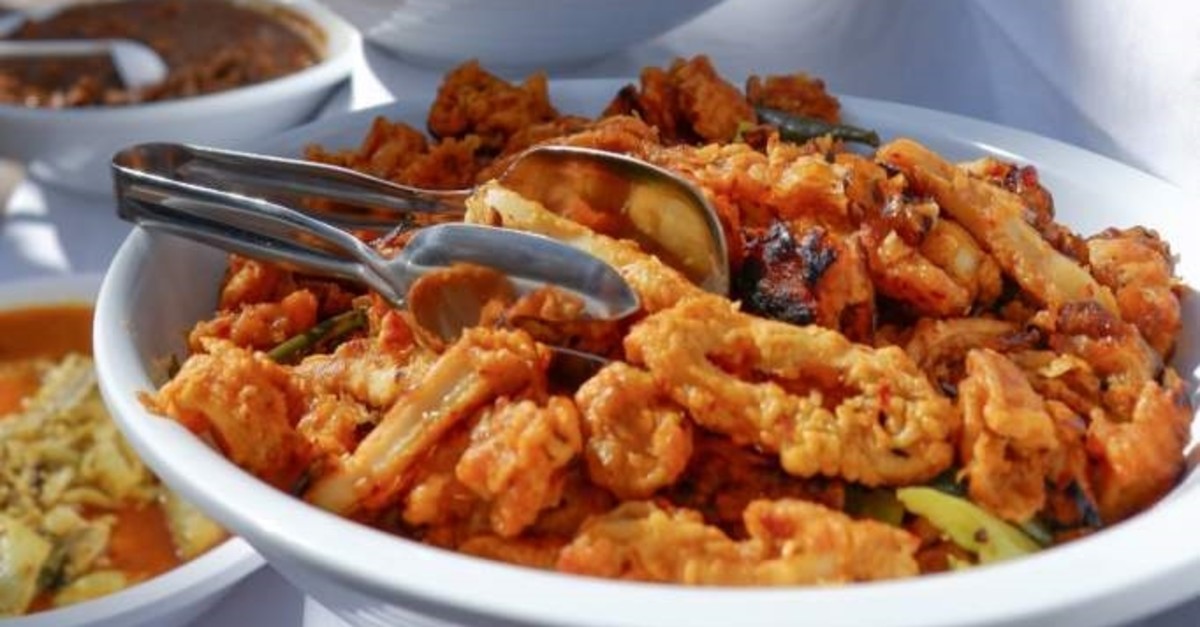 Right in the heart of Istanbul's bustling historic peninsula, yet in one of its most unassuming and secluded corners, Sri Lanka invited Istanbulites to experience its bold, vibrant and colorful culture.

Held as part of celebrations of its 72nd anniversary of independence from British colonial rule, the Sri Lankan embassy organized a food festival on Monday to promote its enticing dishes.

The event was held at the newly-renovated Beta Tea House (Beta Yeni Han). It was befitting for the occasion. The historic inn is the first (known) place where coffee was roasted and processed in Istanbul, the once-beating heart of the multicultural Ottoman Empire. Similarly, as an island nation, Sri Lanka has also been influenced by many cultures over history. From Britons and the Portuguese to the Dutch and the Turks, it became a melting pot of cultures and has some of the world's best tea, spices and fruits.

Upon entrance, visitors were greeted by Sri Lanka's tropical-colored, traditional carved "evil eye" masks. We later learned from fellow Sri Lankan Shifa Ismet and her husband that they are usually used in dances or hung up on the walls in the household to drive away evil spirits and cure illnesses.

The festival kicked off with the ceremonial lighting of the Kuthu vilakku, a traditional oil lamp lit to ward off evil and bring good fortune used in almost all inaugural functions.

Istanbul gets taste of vibrant Sri Lanka for a dayhttps://t.co/WVChw4Ebtf pic.twitter.com/YZgg8EvKMb

After the speeches and friendly exchanges came the best part: food. Surrounded by the Indian Ocean, it's no wonder that seafood is the backbone of Sri Lankan cuisine.

Visitors got to taste a variety of Ceylon teas as well as fragrant, spicy dishes – from tangy lamb, chicken and fish curries to sweet and sour crab – and there was definitely no shortage of flavor. Did you know that the country is home to seven types of cinnamon and 15 types of coconut?

Akin to Chinese-style stir fry, the hot and spicy king prawns also attracted a queue of people. Tharuka Fernando, who sang and played his guitar at the event, said what made the dish their own was its preparation style and the fact that they were "deviled," which means spicy in Sri Lanka.

The crowd favorites, however, were hoppers and kottu rotti.

Hoppers is a Sri Lankan street food specialty made with coconut milk and rice flour. The mixture is used to create thin, crispy, bowl-shaped crepes that can be consumed plain or with an egg cracked inside.

Kottu roti is also a hands-on popular street food reminiscent of the Turkish kokoreç. The dish is made of chopped flatbread mixed and mashed together with chicken, vegetables and a variety of spices.

For dessert, there were squares of Kiri Aluwa, Sri Lankan milk toffee which incorporates a special honey-like syrup called jaggery.