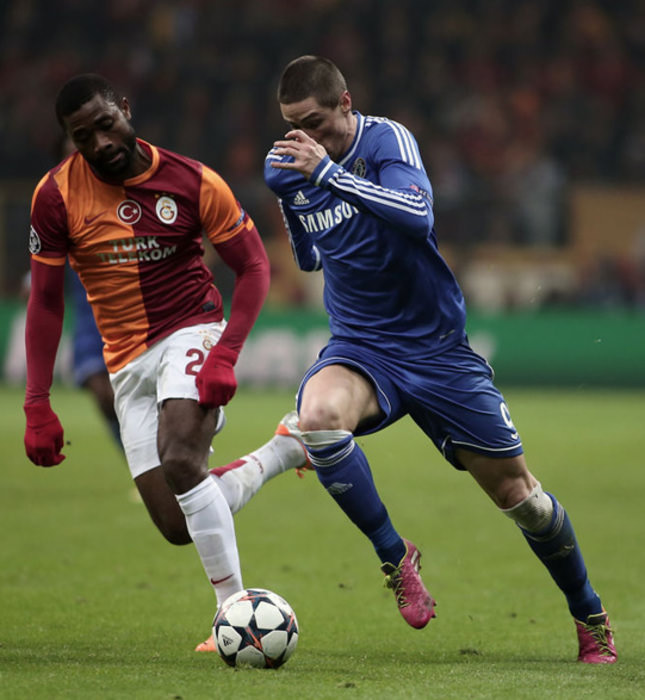 The first leg of the UEFA Champions League Round of 16 matchup between Galatasaray SK and Chelsea FC took place on Wednesday at the Türk Telekom Arena in Istanbul.

During the pre-game show, Galatasaray fans were sprayed with artificial snow as part of an effort by the home side to encourage the crowd by reminding them of the Lions' historic win against Italian giants Juventus FC on match day 6 that was postponed due to heavy snow after 30 minutes. Over 50,000 fans returned the favor by chanting throughout the game to motivate their side.

The Lions managed to secure their spot in the round of 16 with a historic win against Juventus F.C. on match day 6, partly owing to heavy snow in Istanbul that delayed the final 60 minutes of the encounter until noon the next day. Hoping that the team won't run out of luck, the club sprayed artificial snow on homeside fans prior to the game on Wednesday to commemorate their most recent Champions League victory. Last week, Juve boss Antonio Conte laughed out loud during a press conference after their 2-0 home victory over Trabzonspor in the UEFA Europa League, when a Turkish journalist mentioned the possibility of snowfall during the second leg.

Despite comments from Chelsea boss Jose Mourinho that they were not favorites, the Blues clearly had the upper hand in the first thirty minutes of the game and showed their skills as Fernando Torres scored in the ninth minute to give his side an early advantage. Meanwhile, Galatasaray failed to keep possession in the midfield, thus leaving playmakers Selçuk İnan and Wesley Sneijder unable to implement their game plan.

At the early stages, Galatasaray boss Roberto Mancini had a rude awakening as his risky move to include Bosnian winger Izet Hajrović, a recent signing from Grasshopper, in the starting line-up proved extremely costly to his team –a mistake he quickly corrected by subbing midfielder Yekta Kurtuluş for the 22-year-old.

Following Mancini's move, the Lions picked up their pace and put pressure on Petr Čech's goal. Although Burak Yılmaz manage to get the ball in the net three minutes before half time, the goal was disallowed as Chelsea captain John Terry threw a second ball toward the referee who stopped play and showed Terry a yellow card.

Roberto Mancini made another good call by subbing Semih Kaya for Hakan Balta, the team's long-term left back who started the game in the center and proved to be a huge vulnerability against a strong Chelsea offense.

The home side outperformed the Blues throughout the second half and made good use of set pieces as Selçuk İnan's shot hit the cross bar in the 62nd minute and defender Aurélien Chedjou finally delivered two minutes later. Despite Galatasaray's eagerness to score a winning goal throughout the rest of the game, all attempts proved futile.

The 1-1 home draw means that the Lions will have to fight an uphill battle against Chelsea FC at Stamford Bridge in three weeks –which might very well mark the end of a relatively successful European campaign for the Turkish champions.