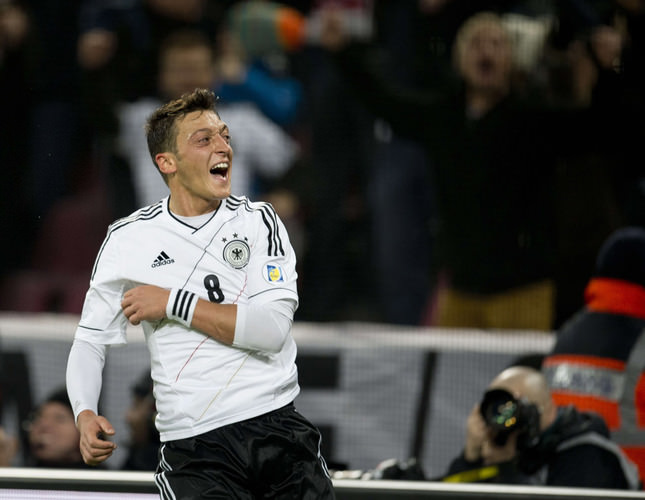 Germany's guests, Chile, will travel half way across the world to the Mercedes-Benz-Arena in Stuttgart to take on the European powerhouse. Chile will look to prepare their defense against Germany so that they stand the slightest of chances against Group B giants Spain and the Netherlands (ranked 1st and 10th in the world).

Ranked 2nd by FIFA, Germany will take this opportunity to test their squad depth against a team that uses a style of football foreign to the European continent as to ready themselves as the challenge that they will face in Brazil. Germany is the obvious favorite for this match and Chile will have their work cut out for them.

Turkey will host Sweden at the Turkish capital's Ankara Ondokuz Mayıs Stadium. Both sides failed to qualify for this summer's competition in Brazil and are known internationally for their unreliable yet potentially devastating attacking movement. Turkey will come to the match in good form having lost just one of their last five matches, while Sweden (having faced more difficult opponents) have lost their past five matches. Both unpredictable European teams look to prepare themselves for the upcoming UEFA EURO 2016 qualifiers as both sides have underperformed over the past half-decade. Turkey has failed to produce a consistent starting eleven since their EURO 2008 success and Coach Fatih Terim will need to experiment with new coming youngsters to find some much needed consistency. Sweden will look to try out the likes younger talents in order to fill the soon to be emptied squad spaces left over from an era of aging players.

Europe's newest footballing giant, Bosnia and Herzegovina will host Egypt in the Tivoli-Neu stadium in Innsbruck Austria. This summer's World Cup will see Bosnia's first ever participation on the world's top stage. The Dragons were in unexpectedly impeccable form during the FIFA qualifiers, thrashing the likes of Greece and Slovakia only losing one match in the entire qualifying stage. Bosnia shocked football fans throughout Europe when they achieved the largest goal-point deferential of any team on the continent to secure their World Cup spot. Egypt failed to secure a position in the global tournament this year, and the likes of Chelsea's Muhammad Saleh and co. are looking to prepare for a successful campaign in the upcoming African continental competition to restore the nation's once great footballing status. Expect 17th ranked Bosnia's overwhelming offence to challenge the Egyptian defense as the away side look to exploit the speed and counter attacking ability of Saleh on their wings.

The Arena Nationala Bucuresti in the Romanian capital will see their national side stand off against Leonel Messi's 3rd ranked Argentina.
Argentina, suffering from issues regarding their squad chemistry opted to take it easy in their first preparatory friendly to resolve the long seated issues which saw them fall out of the 2011 Copa America when the hosts crashed out in penalties against Uruguay. Expect Leonel Messi to try his hardest to land on the score sheet for his nation as he looks to disprove the rampant criticism of his international forum. Argentina should have no difficulty overcoming the home side as crowds will come to the stadium to watch the visiting sides impress.