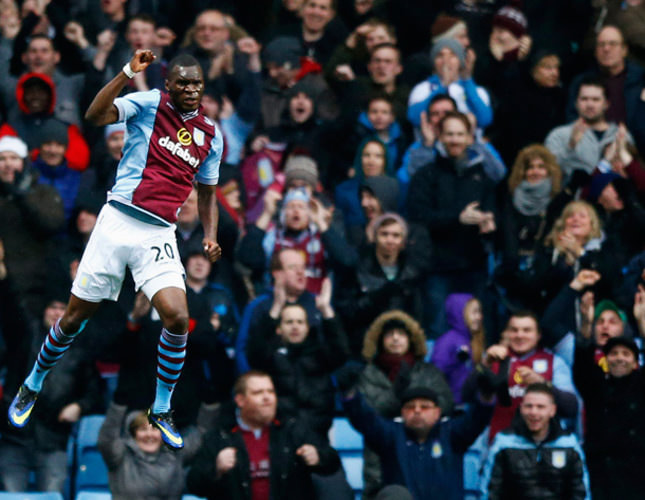 Judge Douglas Yau criticized Yeung's "self-contradictory" testimony and said he was "making it up as he went along" in comments at a district court packed with reporters and members of the public.

"I find that he is someone who is prepared to, and did try to, lie whenever he saw the need to do so," the judge said.

The tycoon, wearing a dark suit, appeared calm as the verdict was read out. He was remanded in custody and will be sentenced on Friday, and could face a maximum of seven years in jail. Yeung was arrested and charged with ill-gotten gains in the southern Chinese city in June 2011, two years after he acquired the "Blues".

Little known prior to his emergence in English football, he took control of the club in Oct. 2009 in an 81-million pound ($130 million) takeover. In February Yeung resigned as chairman and executive director of Birmingham International Holdings Limited (BIHL), which owns the struggling second-tier club, but is still its largest shareholder.

Throughout the trial, Yeung and the prosecution have painted differing pictures of how the businessman's wealth was amassed. Yau said there were reasonable grounds to believe that multiple business dealings with which Yeung was involved had made use of funds which represented "proceeds of an indictable offense".

Yeung maintained he accumulated hundreds of millions of dollars through stock trading, hairdressing, business ventures in mainland China and a keen interest in gambling.

He said he made HK$20 million as a hairdresser between 1989 to 1994, when he ran five upmarket hair salons in hotels including Hong Kong's five-star Peninsula Hotel.

Yeung described himself as a "very famous" hairdresser, claiming his salons catered to movie stars and businessmen. He also said he spent "all" of his time trading stocks after the 1998 Asian stock market crash, accumulating a stock portfolio of around HK$300 million by 2007. Yeung also told the court he made up to HK$30 million from gambling in Macau between 2004 and 2008, adding that he gambled as if he were "running a business."

Yeung, whose Cantonese name is Yeung Ka-sing, emerged in 2007 with a bid for Birmingham. The takeover attempt failed when he missed the deadline to hand over money.

He quietly acquired a 29.9 percent stake and in 2009, Yeung's Grandtop International Holdings which later became BIHL bought the club from David Sullivan and David Gold, now owners of West Ham.

Birmingham City fans were likely to celebrate the verdict, said Daniel Ivery, a Birmingham-based football blogger and author of an upcoming book about Yeung.

"I think a large majority of Birmingham City fans will be very happy about this because a lot of them see Carson as destroying the football club," he told reporters after the verdict.

"A lot of them now are very worried about what will happen next," Ivery said, adding that although Yeung resigned as chairman of the club's Hong Kongbased holding company, he remains the largest shareholder.