Round 2 of the Champions League Round of 16 kicks off! 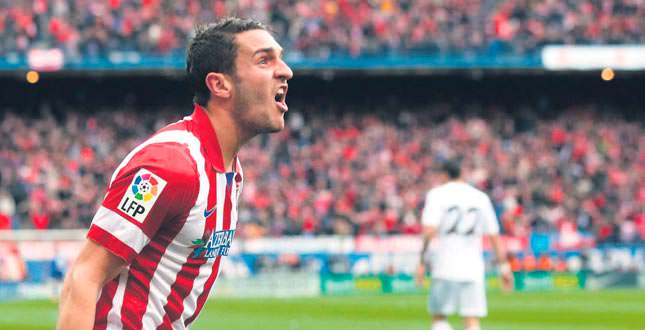 Following a week of international friendly intermission, the Champions League Round of 16 kicks off again as the continent's most exciting competition leaves much to behold

Once one of the world's best sides, the now struggling AC Milan will travel to the Vicente Calderon in the Spanish capital on Tuesday to face Atletico Madrid.

Atletico grabbed an advantage in the first leg as it defeated Milan 1-0 at the San Siro. Atletico now looks to seal the deal at home, a task it should have little to no trouble doing as its recent form outshines that of its decaying opponents. AC Milan will need to try their best to overcome the Spanish side if it wants to reap any financial success from a season in which the team has failed in all domestic competitions. The likes of Arda Turan and Diego Costa need to avoid conceding to guarantee another achievement for the season that saw the club return to its former glory.

Tuesday's second match will see Germany's most successful side host English giants Arsenal. The Bavarian side obtained a great advantage entering the second leg as they notched away two goals at the Emirates Stadium in London. Arsenal will enter the match in high hopes as club play maker Mesul Özil is finally back in form following a month of pitiful displays which included the Turkish-German missing a penalty early in the first leg game between the two. Bayern Munich is yet to lose a game since the January intermission and the team's recent displays will further motivate the side as it has completely dismantled its opponents, winning their matches with massive scoring margins. Both teams ran their opponents rampant this weekend as Arsenal recorded a 4-1 win against Everton and Bayern Munich pummeled Wolfsburg 6-1. The solid Bavarian defense is unlikely to crack, but Arsene Wenger's men will give it their all to score three goals to salvage their chances.

On Wednesday two of Europe's undisputed top clubs will face off in the continent's largest venue, the Camp Nou. Hosts Barcelona walked away from Manchester with a 2-0 win over City, but when recent form is put into consideration, it is still far too early to write City off. Manchester City currently sits fourth on the English Premier League table, nine points behind leaders Chelsea, however Manchester's blue side still has three games to play. City received a giant moral boost already this season as it has earned their first accolade already, the Capital One Cup. Barcelona on the other hand walked away from Valladolid with a shocking 1-0 defeat this past weekend. The likes of Neymar and Leonel Messi have seen far better days as the Catalans appear tired and worn out late in the season. City boasts one of the world's best attacking squads with names like Stevan Jovetic, Edin Dzeko, Sergio Aguero and Negredo. With a midfield that is just as solid as its striking core, City could deliver a stunning blow to the Catalans at home.

Wednesday's second match should hold no surprises as Paris Saint-Germain (PSG) host Bayer 04 Leverkusen. PSG is the only team that has the luxury of fielding a secondary side this week.

The Parisians, led by Zlatan Ibrahimovic decimated their German opponents 0-4 in Leverkusen. The visitors will need a miraculous 5-0 win to take PSG out of the tournament, but a more feasible reality would see the France's reigning champions further add to their goal tally as Ibrahimovic is in the running for the Champions League Golden Boot after scoring 10 goals thus far, just one behind top scorer Cristiano Ronaldo.

With nothing to lose both sides could take the field in what would be a very entertaining display of mutually attacking football.