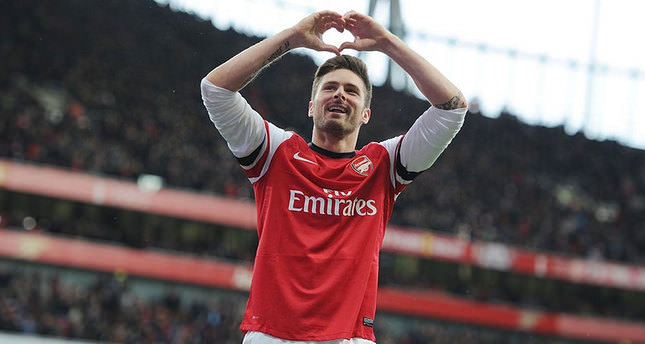 ISTANBUL – With only eight weeks left in the English Premier League (EPL) London's two biggest clubs will face off at Stamford Bridge, in what could be the derby that determines this year's title race. Currently sitting third on the league table, Arsenal have 62 points in comparison to Chelsea's 66 with a one match advantage. The prospect of knocking their arch rivals' lead down to one measly point will have the Gunners, who finished the first half of the season on the top of the table fired up, while home side Chelsea will enter the match with high morale following their 2-0 victory over Galatasaray this Tuesday in the Champions League.

Both London greats will enter the matchup on equal footing in terms of form as both Arsenal and Chelsea have three wins, one loss, and one draw in their past games.

Both teams need the full three points from the matchup as Arsenal looks to close the gap between them and Chelsea, while Chelsea can't afford to drop any points as Liverpool, Arsenal and especially Manchester City are closing in on them in these closing stages. Chelsea Manager Jose Mourinho will have the luxury of a fully fit, save for one substitute, star packed squad to field for this critical matchup. For Gunners Manager Arsene Wenger the derby could not come at a worse time, as key players Jack Wilshere, Theo Walcott and perhaps most importantly the club's all-time record signing Mesut Özil are all injured and unlikely to play in Saturday's game.

The absences of the bridge between offense and defense (Wilshere), the offensive pass master (Özil) and the team's most versatile winger (Walcott), could essentially cripple the Gunners' midfield.

Arsenal's defense will have their work cut out for them as Chelsea's young, fast and technically gifted midfield will take advantage of any gaps in the defensive line, remaining ready to counter attack at every presented opportunity. Led by Frank Lampard and Eden Hazard, the London Blues' offence boasts other lethal players such as Andre Schurrle, Willian, Oscar and Mohammad Salah. If Arsene Wenger finds a solution in midfield to get the ball to up to Arsenal's strikers Chelsea will have no easy task of defending either.

French National striker Oliver Giroud and German Lukas Podolski spearhead the Gunners' front lines. Though they have been in relatively poor form over the course of this season, the Frenchman has netted 12 times in 27 matches and his German counterpart has become more famous with his exceptional performances in high tension matches for both club and country.

Getting the ball forward will be no easy task for Arsenal as Jose Mourinho's specialty is molding the teams he manages into a synchronized zone defending units which rarely allow their opponents the space needed to gradually build up an attack. He succeeded in once again bringing this zone defending mentality to Chelsea, ultimately allowing them to bar Galatasaray from formulating a single potent attack until stoppage time last Tuesday. It will be no surprise if the eccentric Portuguese tactician resorts to this style of play against Arsenal, as it has become a consistent feature used in important matches for all the sides he has managed to date. With the finish line for the EPL now in sight, Saturday's display will be a spectacle of how these two worldrenowned managers will utilize what they have at hand as they try to stump each other in this title race.