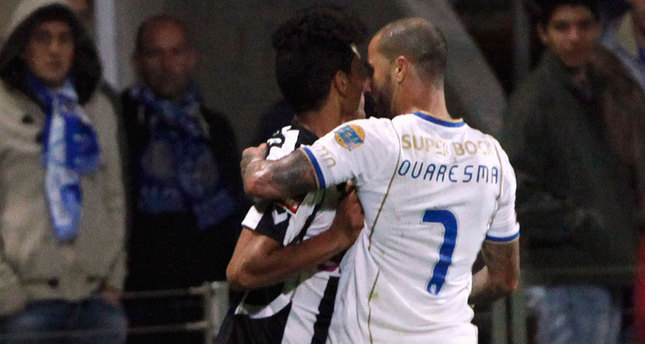 by Daily Sabah Apr 01, 2014 12:00 am
ISTANBUL — Former Beşiktaş star Ricardo Quaresma had a miserable day on Sunday as Porto suffered a shock 2-1 defeat to Nacional.
The flamboyant midfielder once again raised questions about his ill-disciplined behavior as he turned to dramatics following a botched penalty kick.

To redeem his earlier loss the former Eagles man would resort to diving to clinch a second chance from the spot, however the match officials would not buy his dramatics as he received a booking for the act.

The Yellow card would not ward off Quaresma from further misbehavior as he began to quarrel with opposition players.

The hotheaded player had to be restrained from lashing out at the offical by his teammates as he was sent off with a second yellow.