All even in Champions League Q-finals 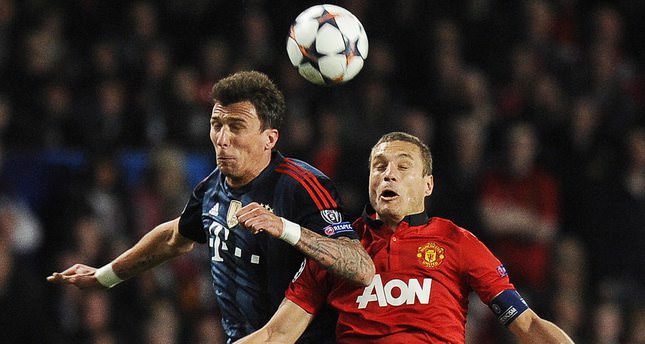 ISTANBUL — Barcelona hosted Atletico Madrid as La Liga's league leaders face off at the Camp Nou ended in a 1-1 draw. Both sides were stunned with injuries early on. Barcelona's Gerard Pique was taken off in the 12th minute and Marc Bartra was brought on as the Spanish national defender collided with Diego Costa shattering his pelvis. He will miss out on the second leg of the draw as well as much of the remaining season.

Atletico Madrid cursed their luck in the 27th minute when Costa hobbled off the field after suffering a muscular injury and was subbed out three minutes later for Diego Ribas.

Costa's fate is unknown, as the capital club is yet to announce the severity of his injury.

Atletico manager Diego Simone made the right call bringing on Ribas as the Brazilian attacking midfielder went on to score a wonder goal in the 56th minute. Ribas' 30-meter strike flew into the top corner of the net as Barcelona keeper José Pinto Colorado was helpless to prevent the goal.

The remainder of the match saw Barcelona push forward in attempt after attempt to even the playing field until Neymar found the goal to equalize the match in the 71st minute.

Midfield maestro Andres Iniesta's masterful through ball found the Brazilian star unmarked behind the Atletico defense and Neymar had no difficulty dispatching the ball past Thibaut Courtois.

Elsewhere across the continent, Manchester United manager David Moyes was gifted the "minor miracle" he had told the English press that he needed as the red devils were able to hold off the Bayern Munich powerhouse and end with a 1-1 draw at old Trafford. The Bavarians held the attacking advantage throughout the game. However, wave after wave of Munich attacks were sunk by the United defense.

The red devil's defense came to the rescue in the 58th minute when Serbian and club captain Nemanja Vidic headed Wayne Rooney's corner past Manuel Neuer to give the home side the lead.

Vidic and company continued to hold back the Bavarian's high intensity offense until the 67th minute when Mario Mandzukic headed down Rafinah's cross to allow Bastian Schweinsteiger to trump David de Gea.

The Manchester United defense would not yield again further frustrating Pep Guardiola's Munich. The frustration would prove too much for Bastian Schweinsteiger as he poorly slid in on Rooney, earning his second yellow card.