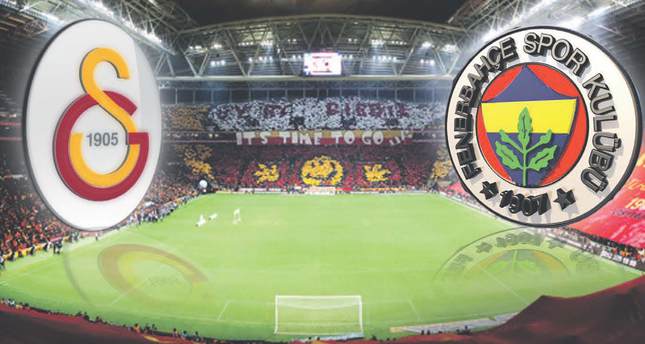 ISTANBUL — Since their first clash on Jan. 17, 1909, the Galatasaray-Fenerbahçe derby has been the country's fiercest. Though Istanbul is home to Turkey's three giants, the aforementioned two and Beşiktaş, none of the other regional matchups can foment the atmosphere which is created when the Canaries and Lions clash. The two are simply unparalleled in domestic and international success.

This Sunday Galatasaray will host Fenerbahçe at the Türk Telekom Arena in what promises, as always, to be a heated matchup. In the 376 previous matchups between the two domestic and regional giants, Fenerbahçe holds the advantage as they have come out on top in the derby 143 times over a 105 year span while Galatasaray have been crowned victorious 120 times, with 113 games have ending in a draw. The bicontinental derby is the most watched event not only Turkey but also in neighboring Azerbaijan and due to its high pressure nature, tensions always run high. So much to a point that ever since the rivalry escalated into a riot on Feb. 23, 1934 clashes on and off the field have become commonplace.

This year is no different. Fenerbahçe already has a hand on the Turkish Super League title as they stand a full 13 points above Galatasaray on the table.

Galatasaray enter the match amidst squad and form turmoil. On top of recent issues regarding manager Roberto Mancini, new injuries to Aurelien Chedjou and Didier Drogba, in addition to an already stacked injury list, have left Galatasaray up a creek without a paddle as the resulting turmoil has reflected in the Lions' recent performance slump, drawing three and losing two of their last five games.

On the other hand, Fenerbahçe could not hope for better circumstances in terms of form and recent performances. Despite the injuries to Alper Potuk and Cristian, the Yellow Canaries have been playing remarkably well with four wins and one draw resulting from their last five fixtures.

Galatasaray hold what would normally be a very effective home team advantage, playing in front of a crowd of upwards to 60,000 in Europe's most atmospheric stadium dubbed as ''Hell'' for this unique quality, of late the stadium has grown mutinous towards Mancini and many of the Lions' stars. Fans disgruntled by the Italian manager's recent results have vocally taken to inviting him to resign in favor of club legend and late coach Fathih Terim.

Despite what looks to be serious issues on the club's integrity, Mancini and club top-earner Wesley Sneijder have reiterated that internally no such problems exist.

Mancini went as far as to say that his side is capable of sending Fenerbahçe off with a 4-0 upset.

Only Sunday night will stand to tell just how energized Fenerbahçe are and just how much solidarity remains among Roberto Mancini's squad at Galatasaray.