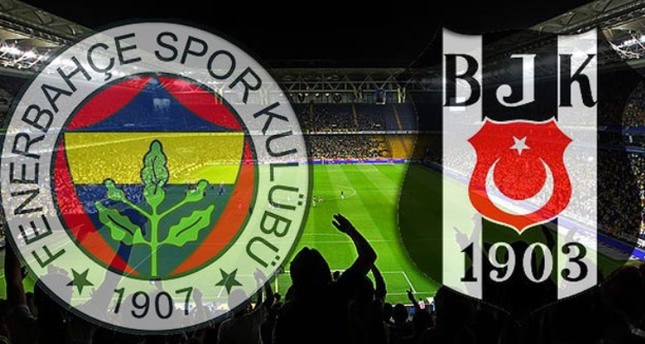 ISTANBUL — With five matches left in the Turkish Super League season it already appears as though there is a champion.

Following a season full of consistent strong performances, Fenerbahçe seem as though they have sealed the deal, seeing as they stand a full 12 points ahead of second place Beşiktaş. All the Canaries need to definitively claim the championship trophy is one more win, though this week they will face no simple task in doing so.

On Sunday Fenerbahçe will travel across the Bosporus to take on Beşiktaş at the 76,000-78,000 capacity Atatürk Olympic Stadium.
Though this derby is not held to the same level as the one between Fenerbahçe and Galatasaray, Beşiktaş, Turkey's third-most successful team, is certainly no minnow.

The Yellow and Navy side entered this season under the dark shadow of match-fixing allegations which have led to the guilty verdict of club President Aziz Yıldırım who now faces 26 months in prison. Fenerbahçe needed to prove that they had the ability to win a just and fair season, Sunday's match will give them the platform to do just that. Winning their 19th Super League title to tie Galatasaray on the success charts and to do so in an away game against Beşiktaş would be the perfect ending they need for their fairy tale of a season. The guests, who already have a superior squad in terms of value and experience, also hope the advantage of form will cross over to Europe, having won four of their last five matches, while home side Beşiktaş have only obtained two wins in their last five.

Beşiktaş face the uphill task of halting Fenerbahçe's celebration for one more week at least and iconic manager Slavan Bilic will have to rally the young talent he has on hand to put them up to the task. Beşiltaş will be glad to see stars Olcay Şahan and Gökhan Töre start after weeks of being sidelined by injuries, adding much needed potency and vigor to the Black Eagles' attack.

Beşiktaş also have the home field advantage and 60,000 plus fans cheering them on will certainly do wonders to boost the team's moral.

This derby also promises to be the safest one for both players and spectators alike as the Turkish Football Federation will implement the newly introduced "Pasolig" e-ticket system for the first time. Previous derbies at the Atatürk Olympic Stadium saw security officials face difficulty in controlling the massive crowds that gather both inside and outside the stadium's grounds. The last derby played at Turkey's largest and Europe's eighth-largest stadium was between Beşiktaş and Galatasaray, a match that had to be ended in the 88th minute following nearly 3,000 Beşiktaş hooligans' decision to storm the pitch after Galatasaray pulled ahead in the match.

With the new Pasolig system spectators inside and outside the stadium will have to behave themselves as acts of hooliganism will see them excluded from ever attending another match, meaning Turkey will finally be offered the opportunity to indulge in its favorite pastime with the assurance of safety and undisturbed continuous play.