Real Madrid to face Guardiola once again in semifinal 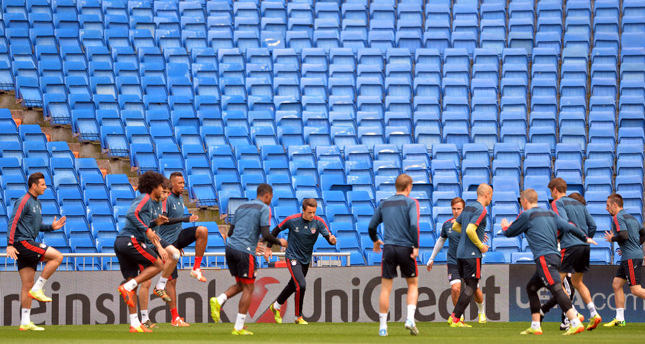 GERMANY — Pep Guardiola, whose Bayern side play their last four, first leg at the Bernabeu, was appointed as coach of the German champions at the end of last season after taking a year out to recover from a trophy-laden but draining four years in charge of Real's arch-rivals Barcelona. During his time as a Barca player and coach, Guardiola seldom tasted defeat against the Madrid club and his all-conquering team dispatched Real in the last four of Europe's elite club competition in 2010-11 before going on to win the final against Manchester United.

His coaching record against Real was an impressive nine wins, four draws and two defeats, while as a player in 14 La Liga meetings he won six, drew five and lost only three. Despite having the statistics firmly on his side, Guardiola is too wily to take Real lightly and he will know how desperate the Spaniards are to win the record-extending 10th European crown they have been chasing since their last continental triumph in 2002. They will also be itching to avenge their last-four reverse to Bayern in the 2011-12 season, when the German side went through on penalties after the tie ended 3-3 on aggregate but lost to Chelsea in the final.

"Every time I have gone to the Bernabeu, as a player and as a coach, I have never in my head gone there as the favourite," Guardiola was quoted as saying in Spanish sports daily Marca on Saturday. "I have too much respect for them," added the 43-year-old, whose Bayern side have already wrapped up another Bundesliga title and are still in with a chance of repeating last season's treble of Champions League, Bundesliga and German Cup.

"Madrid deserve a lot of respect for all their history. They are always a strong team whoever is the coach because they have a lot behind them: great players, fans and a great history." Guardiola conceded that his players had gone off the boil in the Bundesliga since winning the title last month. Real, fresh from beating Barca in Wednesday's King's Cup final and still in the fight for La Liga, may have something of an edge, he added. "Yes Madrid have a certain advantage in that respect," Guardiola, whose side have lost twice and drawn once in four outings since securing the Bundesliga, told Marca. "We won the league much earlier and that meant our rhythm dropped a little but we will try to get back to our level as soon as possible. "But that's a normal thing because we were playing league games with nothing at stake.

"Madrid's enthusiasm will be greater than ours right now after winning the Cup final but we will try to be competitive at the Bernabeu." Guardiola's Real counterpart Carlo Ancelotti, in his first season in charge, is waiting on the fitness of top scorer Cristiano Ronaldo, who has missed the last four matches due to knee and muscle problems in his left leg. The Portugal captain, the leading marksman also in La Liga this term, has been training hard this week, suggesting he should be able to play a part on Wednesday. "I always believe that the great players, however small the chance they have, will play on these occasions," Guardiola said. "What can I say about Cristiano? He has been at that level for many years, but not just him. He is very strong but without him Madrid are also a team." The return leg is in Munich next week and the winners of the tie will play Atletico Madrid or Chelsea in the final in Lisbon on May 24.