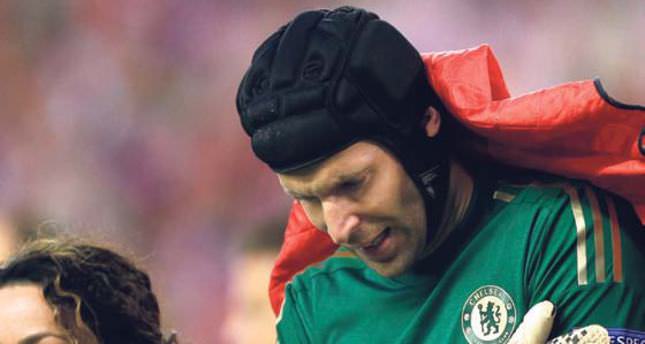 by Apr 25, 2014 12:00 am
LONDON — Chelsea were hit with disciplinary action by the English FA on Wednesday as manager Jose Mourinho, midfielder Ramires and coach Rui Faria were charged following last week's Premier League home defeat against Sunderland.Ramires, who could now miss their topof- the-table clash with Liverpool on Sunday, was hit with a violent conduct charge after appearing to elbow Sunderland's Sebastian Larsson off the ball. Sunderland's victory came courtesy of a contentious penalty decision that sparked a furious touchline reaction from coach Faria who was charged with using "abusive and/or insulting words towards the Fourth Official" as well as "improper conduct".

Mourinho sarcastically congratulated Dean as well as referee's chief Mike Riley in the immediate aftermath of the match, which landed him with a misconduct charge. The FA said: "It is alleged that Mourinho's comments constitute improper conduct, in that they call into question the integrity of the referee appointed to the above fixture and/or the integrity of Mr Mike Riley, General Manager of the Professional Game Match Officials Limited, and/or the comments bring the game into disrepute." Mourinho was fined 8,000 pounds (TL 28,864)