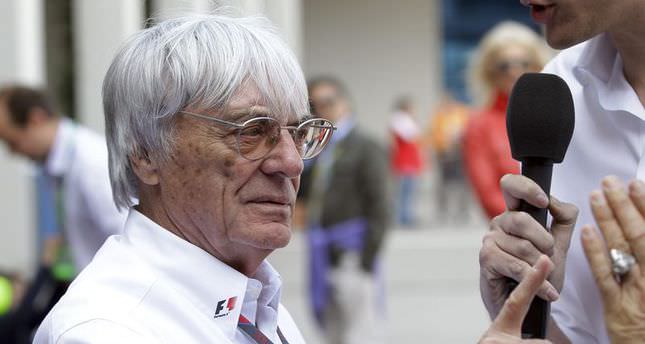 MUNICH —Bernie Ecclestone is charged with bribery and incitement to breach of trust "in an especially grave case" over a $44 million payment to a German banker, Gerhard Gribkowsky, that prosecutors allege was meant to facilitate the sale of the Formula One Group to a buyer of Ecclestone's liking. Gribkowsky has already been found guilty of corruption, tax evasion and breach of trust and is serving an 8 1/2-year prison sentence. Ecclestone acknowledged as a witness during Gribkowsky's trial that he made the payment to avoid being reported by the banker to authorities over his tax affairs but has denied any wrongdoing.

Peter Noll was the judge who tried and convicted Gribkowsky and he is also the presiding judge in Ecclestone's case. Ecclestone testified during Gribkowsky's trial in 2011, and Gribkowsky is expected to be the main witness during Ecclestone's trial, which is scheduled to last until Sept. 16. In Germany, cases are considered by a panel of judges rather than by a jury.

Ecclestone is obliged to appear at every trial session, unless he has a doctor's excuse. He himself has said he intends to clear himself before the court and does not want a deal.

Gribkowsky was in charge of selling Munich- based bank BayernLB's 47 percent stake in F1 in 2005, and the prosecution accuses Ecclestone of bribing Gribkowsky to make sure the shares went to the investment group CVC Capital Partners favored by Ecclestone. Ecclestone recouped most of the money through a consultancy fee paid by the bank.

Munich prosecutors say Ecclestone was afraid of losing control of the racing series and that's why he allegedly bribed Gribkowsky. Ecclestone has insisted that he did "nothing illegal" and his lawyers have questioned Gribkowsky's credibility.

Ecclestone has stepped down temporarily as a member of F1's holding company board of directors pending the outcome of the trial but continues to run the series. It would be difficult for him to carry on if convicted, even if he escapes with a fine.