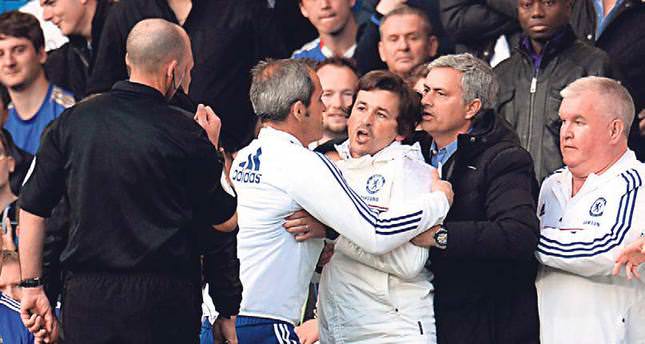 ISTANBUL—Due to high team fatigue, injuries and a loss of title hopes, Chelsea manager Jose Mourinho will ask club owner Roman Abramovich for permission to field a reserve squad against Liverpool on Sunday. The Blues will travel from London to the northern port city to face the current EPL leaders at Anfield, but Mourinho doesn't want the domestic game to further thin his side. Seeing as Chelsea is 5 points behind the Reds with just three matches to go, the Portuguese man would rather turn his focus towards winning the Champions League semifinal return leg against Atletico.

"We represent English football and are the only team in European competitions," said Mourinho after the 0-0 draw at Madrid. "Spain has four and gave them all the conditions to try to have success, so I know what I would do. But I'm not the club. I have to speak to them. I would play with the players who are not going to play Wednesday."

"The fact that the (Liverpool) match is on Sunday, I think puts the problem not in my hands but in the hands of those who decide the game should be on Sunday and not Saturday or Friday." "I'm not the most important person in the club. Roman and the board, everybody is above me. I work for them and have to follow what my club decides.


My priority is the Champions League," he concluded.