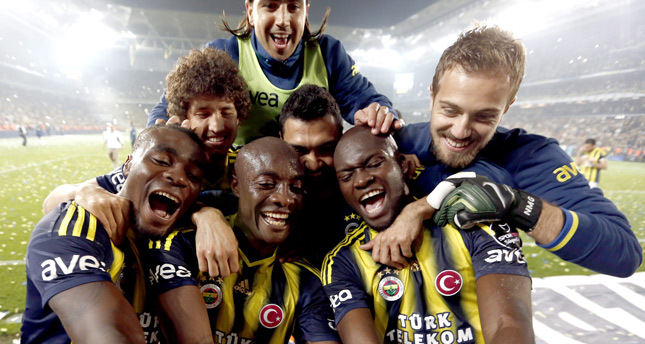 by AA
Apr 27, 2014 12:00 am
ISTANBUL — Fenerbahçe have been crowned as this season's champions in the Turkish Spor Toto Super League with 3 games to spare.

League leaders Fenerbahçe, who are now 12 points ahead their archrivals Galatasaray as of matchday 31, clinched their 19th title in the league Sunday even though they received a goalless draw against Çaykur Rizespor in their home ground, Şükrü Saraçoğlu Stadium in Istanbul.

After the final whistle, fans of the Istanbulite club in stadium and the players celebrated their 19th title.

Meanwhile, the club's chairman Aziz Yıldırım, who was sentenced to a six years and three months in prison for match-fixing in the 2010-11 football season in Turkey, congratulated team captain Emre Belozoğlu and the other players.

A top court in Turkey rejected Yıldırım's appeal last week. He has already served one year behind bars and faces at least two years and two months in prison.

Before this season, Fenerbahçe won their last league title in the same season that the match-fixing scandal broke out in Turkey.

Nicknamed the "Yellow Canaries", Fenerbahce equalized against their archrivals Galatasaray in respect of the numbers of title wins.

Here is the league fixture with just 3 games left: 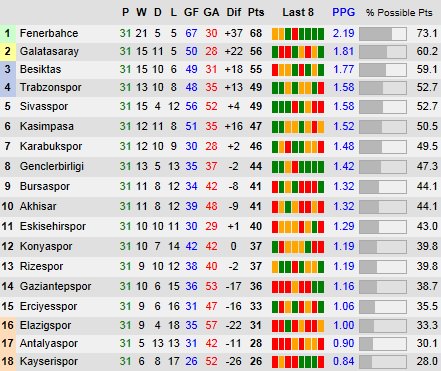