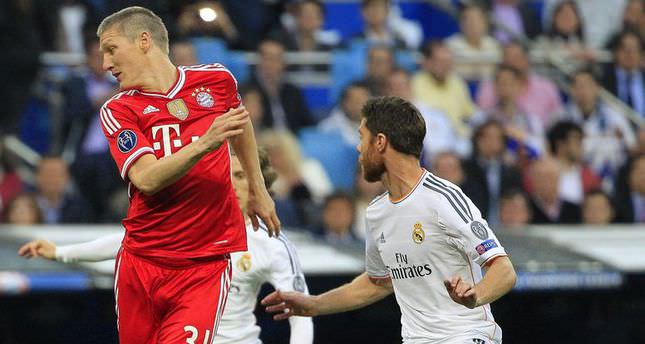 by Associated Press Apr 29, 2014 12:00 am
MUNICH — Bayern Munich seems to be going through a bumpy ride right in the crucial part of the season. Dominant until a few weeks ago, Pep Guardiola's team has been lessthan- convincing in some recent matches. In the Champions League, Real Madrid takes a 1-0 lead into the second leg of the semifinals on Tuesday and will seek to use Bayern's recent weakness in defending against counterattacks to its advantage.With 14 titles between them, nine of them Madrid's, these are two of the most successful Champions League teams. Bayern is hoping to become the first team to retain the title. Franck Ribery adds an element of the unexpected to Bayern's game.

The mercurial France winger makes Bayern's game more difficult to figure out. His dribbling and goal scoring often make the difference. The problem is, Ribery has been far from stellar in recent weeks. Ever since losing out in the Ballon d'Or vote (Real Madrid forward Cristiano Ronaldo won the title), Ribery appears to be in a sulking mood. The sensitive Frenchman has had little impact in recent matches, including the first leg in Madrid. Ribery may have woken up just in time. In Saturday's 5-2 win over Werder Bremen, Ribery scored a goal and played a role in two in what was his best game in weeks.Coach Pep Guardiola was seen encouraging one of his key players on the touchline.

Bayern has eight wins against Madrid at home, with one draw. Madrid has a terrible record in Germany: two wins with 19 defeats and six draws. But Real Madrid eliminated two German sides in the two previous rounds this season, Schalke and Borussia Dortmund.Madrid won 6-1 at Schalke, but lost 2-0 in Dortmund and came close to being eliminated. Madrid and Bayern have met in European Cup semifinals five times, with Madrid coming through only once, in 2000. In the most recent matchup, Bayern won on penalties in 2012. The last two times Real Madrid won the title, it defeated Bayern, in the semifinals in 2000 and in the quarterfinals in 2002.