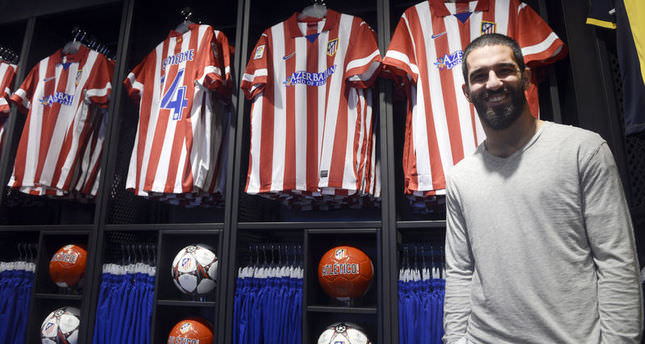 by Tevhid Nazmi Baştürk
Apr 30, 2014 12:00 am
ISTANBUL — Atletico Madrid have their work cut out for them as they play Chelsea tonight at Stamford Bridge in the second leg of the Champions League semifinal. The first leg of the draw at Vicente Calderon saw Atletico retain the majority of ball possession as they dominated the game's attacking momentum. However, last week's hosts were unable to break the deadlock as Jose Mourinho's Chelsea retained a strong effective presence in defense.

Chelsea braved the storm in Madrid and now looks to overcome Atletico's defense on their home ground. Chelsea will not be very fortunate as their consistent and dependable star goal keeper Peter Czech was forced out of the first leg of the matchup early with an injury that will likely see him sidelined for the fixture. With their second best goalkeeper Thibaut Courtois currently on loan at Atletico Madrid, aging Australian national Mark Schwarzer is left with the momentous task of stopping striking threat and Chelsea's biggest summer transfer prospect Diego Costa.

Atletico also have good fortune on their side as star attacking midfielder and Turkish captain Arda Turan will return from a spell on the sidelines with an injury. This weekend Turan was left out for over half of Atletico's win over Valencia in order to guarantee his fitness for tonight.

In an interview with Turkey's Anadolu Agency, Turan maintained that Atletico is fully focused on the challenge they have at hand and that the prospect of winning the La Liga for the first time since 1996 will not be a distraction for the capital club.

"All we are thinking about is right now is the Chelsea game," Arda said.

"The Valencia victory is in the past. We have forgotten about the league. Like our manager said, every game from now on is a final and that's what we are preparing for when we travel to London. "We are fully concentrated on the Chelsea game. We want to play well, progress to the final then focus on our next final against Levante.

"We showed against Valencia that we are capable of grinding out results and that is what we are going to have to do in Stamford Bridge."

Turan went on to cast away any remaining doubts as to his fitness and he confirmed his role in the all-important fixture.

"Hopefully we will lift the Champions League and league title this season.Being part of this club is something special and it's great to be back to match fitness," Arda said. "I have fully recovered now and hope to start against Chelsea."


Chelsea also has had its squad boosted as creative force Eden Hazard has been labeled fit to play following three weeks of injury.