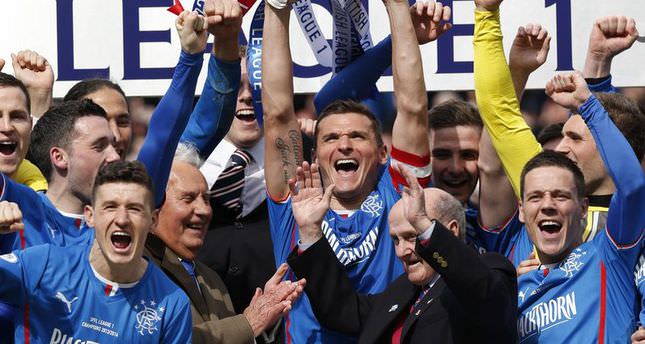 by daily sabah
May 01, 2014 12:00 am
ISTANBUL — Due to the Glasgow Ranger's four tier demotion caused by financial irregularities which lead to the liquidation of Scotland's second giant club, Celtic and Rangers fans left without an outlet to confront each other turned their attention to a U17 match between the sides.

Thus a group of fans 8,000 strong took to the teenagers' match to contest the Old Firm rivalry which over the decades has developed into a large sectarian dispute.

Police forces had to form a human wall between the two groups of fans to prevent violence while the fans yelled sectarian insults at one another.

Celtic's fan base is comprised mostly of Irish Catholic immigrants while the Ranger's fans follow the Anglican Church.