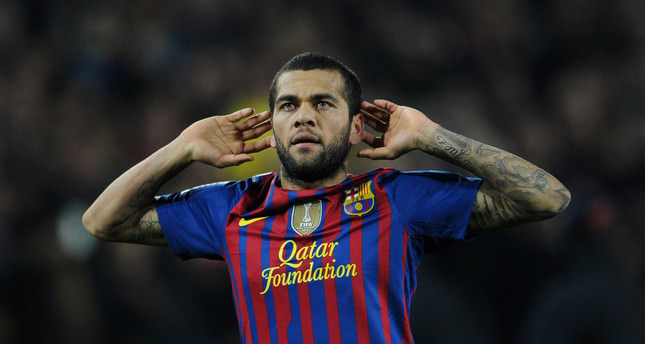 by Associated Press May 03, 2014 12:00 am
VILLARREAL — Eight hundred people have gathered to show support for the Villarreal fan who racially taunted Dani Alves by throwing a banana at the Barcelona player.

Spanish news service Efe reported on Thursday the gathering in support of David Campayo Lleo, who faces up to three years in prison for racist provocation.

Friends and colleagues of the 26-yearold, who was relieved of his duties with Villarreal's youth academy and banned from the club for life, led the protest. Efe reported it was not in support of his actions but against "the public media lynching"Campayo Lleo has been subjected to since his action on Sunday at El Madrigal Stadium.

Alves, who is black, picked up the banana and bit off a piece before throwing it away, sparking a worldwide social media
campaign against racism.