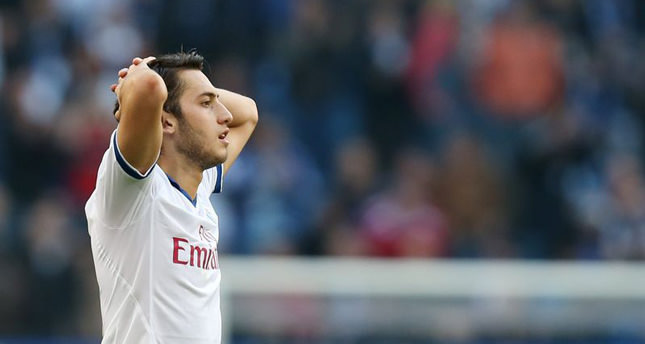 Mourinho wants to add the German side's 20-year-old Turkish attacking midfielder to the London team's squad this summer, according to a report in the British newspaper The Daily Mail on Thursday.

Hamburg may sell Calhanoglu, whose value is around £7.5 million ($12.7 million) to English giants Chelsea for £12 million, the newspaper reported.

The reports comes almost two weeks after the German club's Director of Football, Oliver Kreuzer, said that the 20-year-old Turkish attacking midfielder would not be sold at any price.

Regarded as the next "Mesut Ozil" by sports pundits, Hamburg's top-performing Hakan has drawn the attention of many leading European clubs - such as England's Manchester City, Liverpool, Chelsea, Spanish team Atletico Madrid and Italian giants Juventus - by scoring 10 goals in 30 Bundesliga matches this season.