Accoladeless year for Chelsea and Mourinho 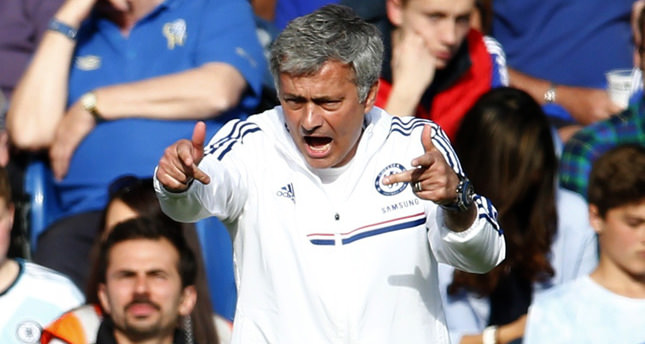 by Daily Sabah May 06, 2014 12:00 am
ENGLAND — Jose Mourinho rejoined Chelsea at the start of the year filling the Blues faithful's imagination with hopes of amassing silverware.

Mourinho joined Chelsea a season after the club brought the Europa League Cup to London, their second continental trophy in just two years. Chelsea had a balanced squad filled with both wunderkinds and seasoned veterans and appeared to be a strong challenger for the FA Cup, UEFA Super Cup, the Champions League and the English Premier League. However Chelsea was unable to bring home any trophies in what was supposed to be Mourinho's magnificent return.

Chelsea lost the Super Cup to Bayern Munich, was eliminated from the Champions League by Atletico Madrid, faced a similar fate against Manchester City in the FA Cup and following Sunday's draw with Norwich has no hope of claiming the EPL title.

Chelsea fans will have to make do with general mediocrity in what they had hoped would be a season to remember.