Susic sticks to tried and tested in Bosnia squad 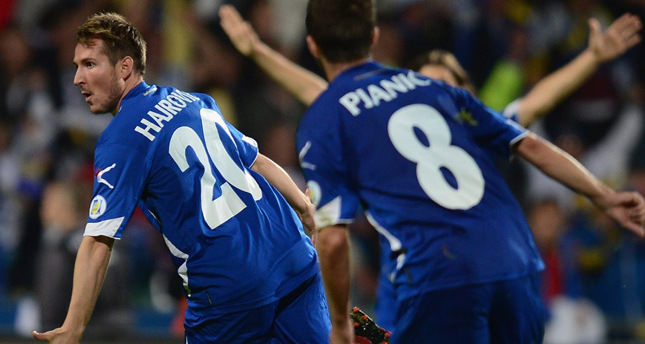 Following Bosnia and Herzegovina's first-ever qualification for the FIFA World Cup, the Blue Dragons' manager ,announced that he will retain their qualification squad

SARAJEVO — Bosnia coach Safet Sušić named a largely expected 24- man provisional World Cup squad on Monday after calling up the bulk of the players who steered the Balkan country to their first major tournament as an independent nation.

Limited options in all departments mean that only one of those starting the build-up for the 32-nation tournament in Brazil will be a surplus to requirements when the final roster is decided on June 2. "Only the players who are regular starters at their clubs could expect a call-up and having a compact unit such as this one is essential for a good atmosphere in the dressing room," the 59-year old former Yugoslavia forward told a news conference. A persistent foot injury to right back Mensur Mujdza is the only reason Susic called up one extra player, while he also surprised a few pundits by naming his 22-year old nephew Tino Susic in midfield at the expense of the more experienced Adnan Zahirovic. "Tino has had two excellent seasons at (his club) Hajduk Split and I am confident that he has earned his spot in the 24-man squad with his quality," Susic said. "I know there are people who will disagree and that some players left out will be disappointed, but these are the best 24 we have at the moment."

Apart from Zahirovic, lack of first team soccer has also cost Gornik Zabrze defender Boris Pandza, while CSKA Moscow's 38-year old defensive midfielder Elvir Rahimic has been added to Susic's backroom personnel. "Rahimic has given so much to the national team and he is already more or less part of his club's coaching staff, hence I wanted him in the dugout," said Susic. "He has accepted the offer and will go to Brazil with us." Midfielder Anel Hadzic squeezed in but should Mujdza be back to full fitness in time for the June 12-July 13 tournament in Brazil, he is likely to be axed from an expanded midfield.

With only two orthodox strikers in the squad, Manchester City hitman Edin Dzeko and Stuttgart's Vedad Ibisevic, Susic is bound to use some of his midfielders as forwards to add bite up front. "As far as I am concerned, Edin Visca, Senijad Ibricic and Izet Hajrovic are all attack-minded players. "I don't really need more than two strikers because we will only start with o n e in our o p e n - ing group m a t c h against Argentina.

I knew several months ago that (Muhamed) Besic would be in the squad because he is the only player here who can handle the job of manmarking Lionel Messi. "I also think this Argentina side is better than the (Diego) Maradona-led one which I played against in the 1990 tournament so we will need to keep it tight against them. "Our goal is to reach the last 16 and I think we are in with a fair chance because there is little or nothing between Nigeria, Iran and us, while Argentina are the odds-on favorites to win the group."

The Bosnians open their Group F campaign against Argentina in Rio de Janeiro's Maracana stadium on June 15, play Nigeria in Cuiaba on June 21 and clash with Iran in Salvador four days later.