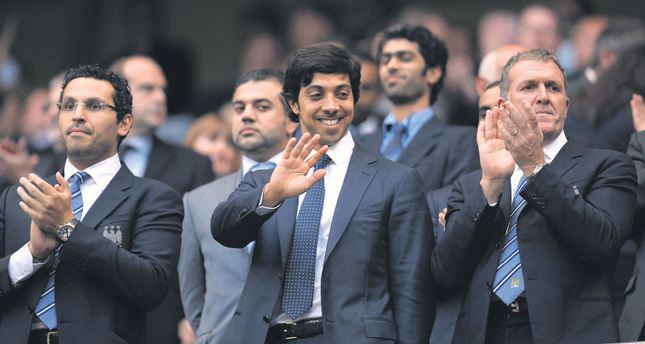 Confirmation of the sanctions could come by the end of this week.

French sports daily L'Equipe reported yesterday that Qatari-owned PSG would be fined and have their Champions League squad capped at 21 players instead of 25 next season under a proposed settlement.

The club's wage bill would also be capped and the fine spread over three years.

A similar settlement is believed to have been offered to City, but the English club is disputing the terms. "PSG are close to agreement, but it's fair to say that City are haggling a lot harder," said the source.

A club that fails to agree a settlement with the UEFA will have their case referred to an adjudicatory panel that could decide to impose tougher sanctions.

The association has the power to ban teams from European competition if their losses exceed its limits, but the governing body is expected to shy away from imposing that ultimate punishment.

UEFA and PSG declined to comment on the reports, while Manchester City could not immediately be reached for comment.

If the sanctions are not tough enough, rival clubs are likely to complain that the UEFA has failed the first serious test of its new FFP regime, while many observers question the logic of fining mega-rich clubs for spending too much money. Arsenal manager Arsene Wenger last week called on the UEFA to ensure that clubs were given appropriate sanctions. "There are rules to apply for the Financial Fair Play.

If you don't respect them, you have to apply the rules," the Frenchman said.

Having spent heavily to compete with the best teams in Europe in recent seasons, City and PSG appear most at risk of falling foul of the process.

City, in the running for their second Premier League title in three years, have been bankrolled by cash from Abu Dhabi's Sheikh Mansour, while PSG have been lavishly funded by their Qatari owners and now dominate French football.

The headline numbers limit club losses to €45 million over the past two seasons, but there are various exemptions for spending on youth development, stadium infrastructure and older contracts.