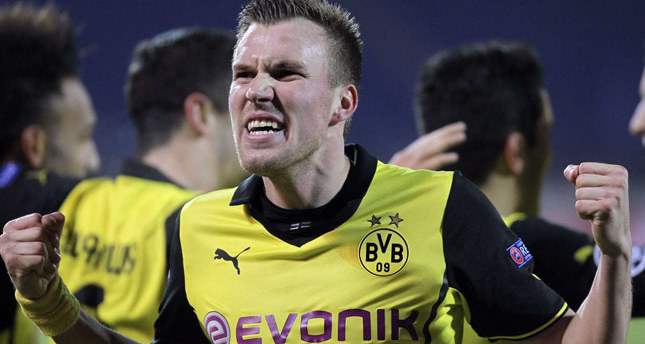 by daily sabah
May 08, 2014 12:00 am
The Cologne police force announced that they have received an assault complaint filed against Borussia Dortmund and German national midfielder Kevin Grosskreutz. The alleged incident occurred outside a Kebab shop and Grosskreutz's accuser claims that the German playmaker threw his kebab at him causing the spices from the Turkish dish to burn his eye. The player issued a statement of innocence claiming that he was at the Kebab restaurant with fellow teammate Julian Schieber when his accuser appeared in a Cologne kit and repeatedly yelled out his name. Grosskreutz insists that he out of anger went on to throw his kebab on the ground and not at his accuser. The Cologne police department stated that they would continue to investigate the incident.