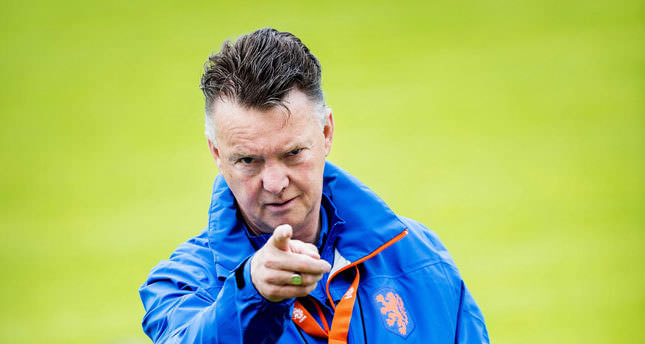 by May 19, 2014 12:00 am
LONDON — Manchester United confirmed on Monday that they have appointed Dutchman Louis van Gaal as their new manager on a three-year contract.

The 62-year-old will take over at Old Trafford once he has completed his role as Netherlands manager at this summer's World Cup finals.

In a statement on their website, United said Ryan Giggs, who led the side when David Moyes was sacked with four games to go, will be Van Gaal's assistant manager.

Former Barcelona, Ajax and Bayern Munich manager Van Gaal said he had big ambitions for the club and that together they will "make
history".

"It was always a wish for me to work in the Premier League," he said in the statement.

"To work as a manager for Manchester United, the biggest club in the world, makes me very proud. I have managed in games at Old Trafford before and know what an incredible arena Old Trafford is and how passionate and knowledgeable the fans are.

United's executive vice-chairman Ed Woodward said the club were delighted with the appointment.

"In Louis van Gaal, we have secured the services of one of the outstanding managers in the game today," he said.

"Everyone is very excited about this new phase in the club's history. His track record of success in winning leagues and cups across Europe throughout his career makes him the perfect choice for us.

"People know him as a larger than life character but I have also been extremely impressed by his intelligence, thoughtful approach to the
role and his diligence. I'm looking forward to working with him."

Giggs said he was looking forward to learning from Van Gaal.

"Manchester United has been a huge part of my life and I'm delighted to be able to continue that relationship in such a key role," he said.

Giggs stepped into the role when Moyes was sacked, just 10 months after replacing Sir Alex Ferguson, who won 38 trophies in 28 years in
charge.

United finished seventh in the Premier League and failed to qualify for Europe.