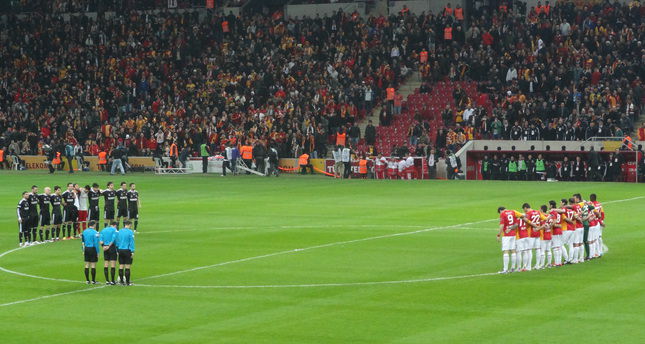 Galatasaray's rejuvenation project has made Turkey's most successful club the 16th wealthiest in world football, while rivals Beşiktaş have amassed greater debt

ISTANBUL — Galatasaray began a project to revive the club following the club's utter failure in the 2010-2011 season which saw the club finish eighth in the Turkish Super League and crash out in the play-off round of the UEFA Europa Cup.

This project saw the Yellow Reds bring back manager Fatih Terim, whose return saw Galatasaray win the 2011-2012 title and then go on to achieve title success once more the next season and the Lions managed to advance to the quarterfinals of the Champions league. This continued series of successes brought with it tournament prize money and increased ticket and product sales. Galatasaray's reborn European giant image prompted Nike to renew their jersey deal with Galatasaray to one which gives the Lions $8 million a year (TL 16.8 million).

As it currently stands, Galatasaray is not only Turkey's wealthiest club with its total assets adding up to $374 million, the Yellow Reds are the world's 16th wealthiest football club one rank bellow Paris Saint-Germain and one above this year's Spanish Champions Atletico Madrid. This meteoric rise doesn't seem likely to stop soon either as the club's annual revenue has reached $204 million, nearly $50 million more than Atletico.

Though the total value of Fenerbahçe, who historically long held the title of Turkey's wealthiest club, is currently unknown, the Canaries have lost their historic title and now come second with an annual revenue of $164 million. This has been due in large part to Fenerbahçe's exclusion from the Champions League in 2011-2012 and their quick elimination from the tournament to Zenit Saint Petersburg in the qualification round this season. The Yellow Canaries look unlikely to retake their post as the wealthiest club next season as the matchfixing charges that saw them excluded from the Champions League two years ago will once again prevent their participation, thus Fenerbahçe will earn $41 million less than Galatasaray next season by default.

These two Istanbul giants do not find themselves in financial trouble as their large revenues balance out their debts and continued domestic and international success allows for them to continue retaining their place amongst Europe and Turkey's best. Sadly this has not been the case for Istanbul and Turkey's third largest club , Beşiktaş.

Suffering from decline since winning the 2008-2009 Turkish Super League, Beşiktaş also started a period of restructuring the club popularized by their fans as the period of FEDA (sacrifice).

However the Black Eagles were unable to restructure and find success in the same way Galatasaray had. The next five seasons that followed saw Beşiktaş make 59 transfers raising the club's debt from $54.7 million to $270.3 million. This season saw Beşiktaş finish third in the domestic league, earning them a spot in the Champions League qualification stages.

Beşiktaş finds itself in a position where Champions League success is not optional for the Black Eagles will need every cent of the $41 million to pay off their debts if they wish to partake in next year's continental tournaments without suffering fines or bans from the UEFA for the breach of their Financial Fair Play policy.

Beşiktaş's financial problems are also compiled upon by the club's decision to build a new stadium on the grounds their historic İnönü Stadium will not aid the club in reducing its debt. Turning down offers for government aid for the construction of the new stadium, Beşiktaş opted to finance the building through their own budget and inpart through a sponsorship agreement with Vodafone. Their current debt figure does not yet reflect Beşiktaş's spending into the new stadium project.
RELATED TOPICS