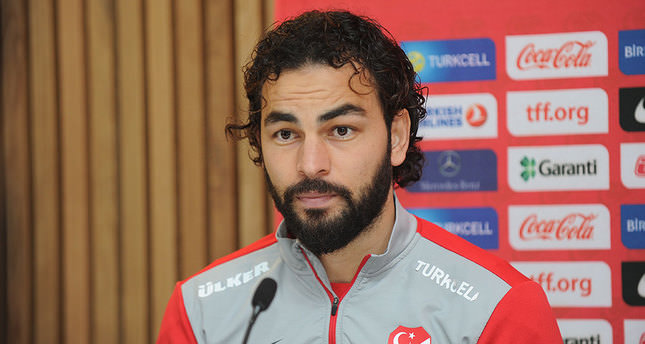 by AA May 29, 2014 12:00 am
ANKARA — Turkish 'maestro' Selçuk Inan signed a new deal Wednesday with his club, Spor Toto Super League club Galatasaray, which will keep him at the Istanbulite side until 2019.

According to Galatasaray's website, the central midfielder will earn at least 2.75 million euros annually and will also receive 25,000 euros per match as a bonus payment.

Having become the fans' favorite over the last three seasons Inan has scored 29 goals in 127 appearances for Galatasaray and helped his team to win two Turkish Spor Toto Super League and two Turkish Super Cup titles back-to-back as well as one Ziraat Turkish Cup title.

Galatasaray have also re-signed their Turkish striker, Burak Yılmaz, in a 5-year deal that sees him receiving the same amount as his fellow teammate Inan.