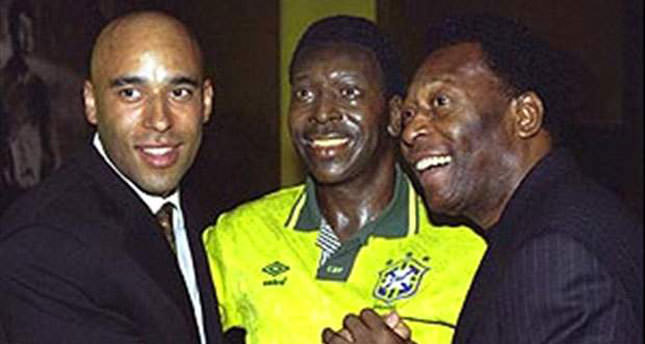 by Jun 01, 2014 12:00 am
RIO DE JANEIRO — The son of former Brazil striker Pele has been sentenced to 33 years in prison for laundering money earned from drug trafficking, Brazilian media reported.

Edinho, who played as a goalkeeper for his father's former club Santos, served a jail sentence for drug trafficking between 2005 and 2006. At the time, he admitted to being a drug addict but denied trafficking charges.

He was found guilty of money-laundering on Friday by a judge in the beachside city of Praia Grande. Four other men accused of being part of the same gang received similar sentences.

Edinho, whose real name is Edson Cholbi do Nascimento, is expected to appeal against the judge's decision but must hand over his passport to the authorities. He may be preventively arrested while a higher court considers his appeal.

Edinho, 43, currently works as a goalkeeping coach for Santos. His lawyer was not immediately available for comment.

Brazil is hosting this year's World Cup from June 12-July 13.