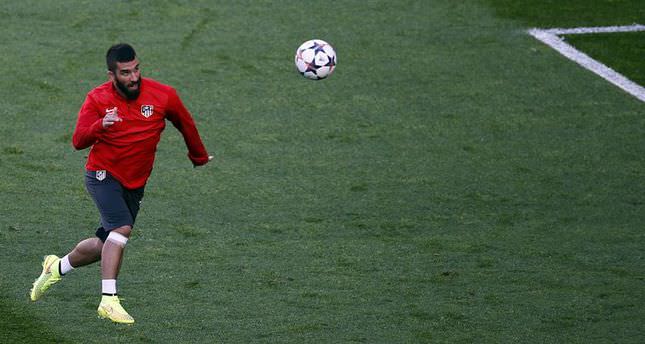 by Daily Sabah Jun 08, 2014 12:00 am
MADRID — Barcelona are preparing a €41 million bid to acquire Turkey's soccer superstar, Arda Turan on Sunday, according to his agent Ahmet Bulut.

Turan who is currently a coveted member of Spanish rival, Atletico Madrid, has a €41 million release clause on his current contract. Turan's agent reportedly has told Turkish newspaper Milliyet that Barcelona has made a bid to activate the release clause.

Barcelona president, Josep Maria Bartomeu, has denied the reports saying that they have not made any attempts in signing the Turkish international.