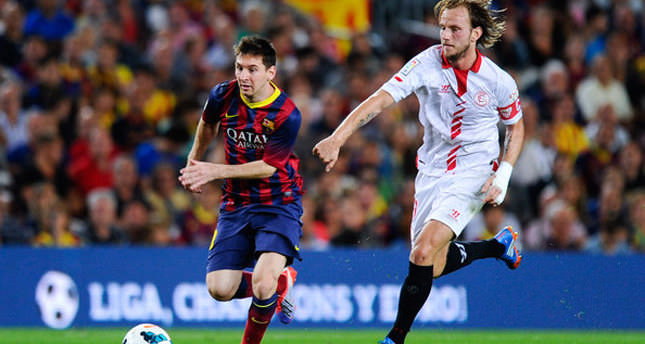 by Anadolu Agency Jun 10, 2014 12:00 am
BARCELONA — Barcelona are reportedly finalizing the details on a deal that will bring Sevilla captain, Ivan Rakitic to the Camp Nou for 20 million euros (TL 56.6 million) while Denis Suarez goes in the opposite direction, on loan. According to Catalan radio station, RAC1, Barcelona sporting director, Andoni Zubizarreta and vice president Javier Faus were in Andalusia to conclude negotiations with Sevilla, after the Catalan club reached an agreement on personal terms with the Croatian international's brother and representative, Dejan Rakitic.

The report went on to add that concurrently, Denis Suarez would be loaned to Sevilla for the 2014-15 season, giving the 20-year-old midfielder his first taste of La Liga action. Rakitic is currently in Brazil to represent Croatia at the 2014 World Cup and if the deal is finalized in the coming days, he won't likely be presented by the club until late July or early August.