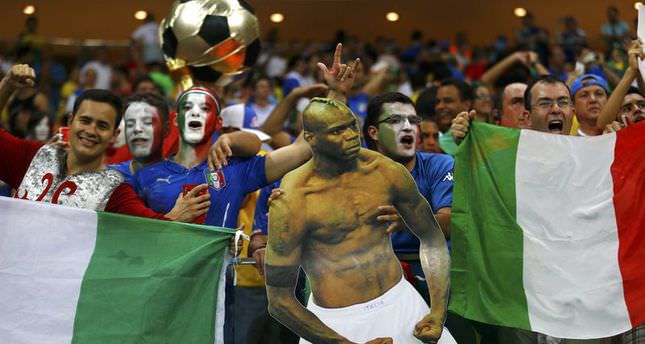 by AA Jun 15, 2014 12:00 am
A typically elegant display from Italy stalwart Andrea Pirlo defined his country's 2-1 victory over England at the Arena Amazonia in Manaus on Saturday.


Italy managed to take a measure of control after a fast-paced start to the match, keeping possession for large periods of time and taking the lead in the 35th mintue through midfielder Claudio Marchisio's firm strike from outisde the penalty area.
England's pace and positive attacking spirit paid off however and only two minutes later striker Daniel Sturridge tucked in at the far post from a Wayne Rooney cross.
Italy made a flying start to the second half and re-established their lead when Mario Balotelli, lurking at the far post, headed in an inswinging cross to make it 2-1 on 50 minutes.
England spent the remainder of the game trying to pick a path through Italy's defense but found themselves frustrated in the humid condition of Brazil's Amazon region.
While control was the key for Italy's first half performance, their renowned defensive discipline emerged in the second-half, and was key to the match ending with Italian triumph.
Results in 2014 FIFA World Cup Group D are as follows:
Uruguay: 1 - Costa Rica: 3
England: 1 - Italy: 2
Last Update: Jun 15, 2014 1:24 pm
RELATED TOPICS