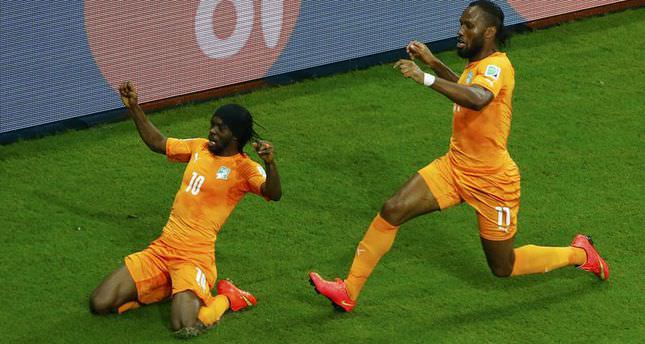 In the most anticipated game of Saturday night, Italy won scoring 2 goals to 1 against England. The Azzurri came to the field with an experienced team led by Andrea Pirlo, while the English team was composed of young players. Claudio Marchisio and Mario Balotelli scored for Italy and Daniel Sturridge scored for England.

In the opening game of Group D, known as "Group of Death", Costa Rica won scoring 3 goals to 1 against Uruguay and the score came as a surprise for most fans. The first half of the match ended with Edinson Cavani's score and Uruguay's lead, while Costa Rica scoring three goals by Joel Campbell, Oscar Duarte and Marco Urena in the second half.

Colombia won with 3 goals against Greece in the opening game of Group C. Pablo Armero, Teofilo Gutierrez and James Rodriguez scored the goals, most of the comments stated that Colombia was the more ambitious team throughout the game.

Group C's second game ended with Ivory Coast's win against Japan with two goals to one. The first half ended with Japan's lead and Keisure Honda scoring for his team. After Die Serey of Ivory Coast was substituted with former Galatasaray scorer Didier Drogba, Wilfried Bony and Gervinho scored two goals in just four minutes.

Tonight's matches are Switzerland vs. Ecuador, France vs. Honduras and Argentina vs. Bosnia and Herzegovina.