Suarez in another bite controversy as Uruguay send Italy out 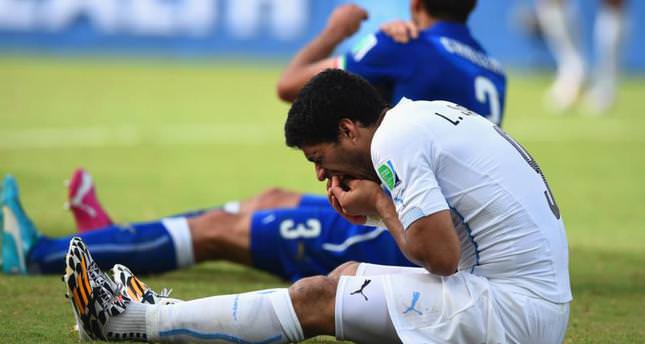 by Jun 24, 2014 12:00 am
Uruguay's 1-0 World Cup victory over Italy Tuesday was marred by controversy when Luis Suarez appeared to bite Italy's Giorgio Chiellini.

The Uruguay striker pushed his head towards Chiellini and appeared to bite the defender in the shoulder in the penalty area just before Diego Godin headed Uruguay's winner.

Chiellini pulled his shirt down to show the referee an apparent mark on his shoulder made from the clash.

"It was ridiculous not to send Suarez off," Giorgio Chiellini told