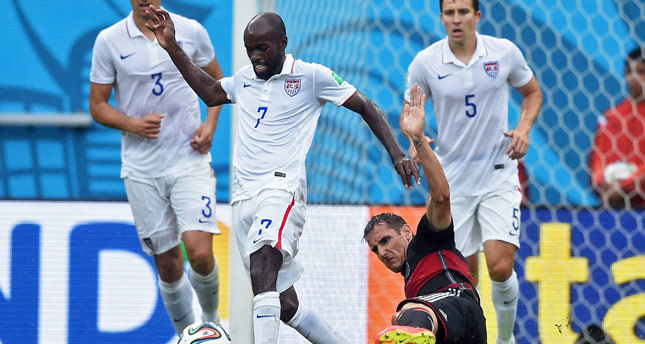 by Jun 26, 2014 12:00 am
Germany beat the United States 1-0 in Recife, ensuring they top Group G. But the US also make it through to the Round of 16 after Portugal beat Ghana 2-1, giving them the same four points as the US but an inferior goal difference.

The decisive goal came in the 55th minute, when Thomas Mueller arrowed in a shot low and into the US net. The ball had dropped to him from a corner after US keeper Tim Howard could only parry a header from Per Mertesacker.

Germany enjoyed the better possession and pressure throughout the game and the US rarely pressured the German goal. However, any thought that the two teams would play out a convenient draw - that would have seen them both advance - was belied by the ferocity of the challenges throughout the game, which was played on a rain-soaked pitch.
Last Update: Jun 26, 2014 9:09 pm
RELATED TOPICS