Fasting players of the World Cup 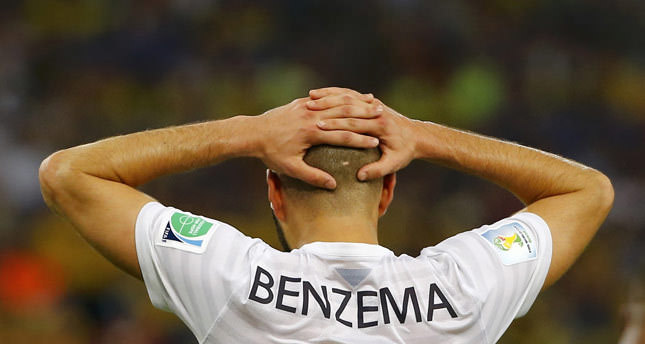 by AA Jun 27, 2014 12:00 am
The Muslim holy month of Ramadan begins on Saturday, posing a dilemma for the remaining Muslim players looking forward to some of the most important games of their careers.

Muslim footballers who have got through to the second round of the FIFA World Cup finals are facing the dilemma of whether or not to fast during the holy month of Ramadan.

While the heat and humidity in some of Brazil's arena have already been cited as a concern for players, Muslim players in the last 16 teams will also have to consider the difficulty of fasting during what will be for many the most important moment of their careers.

Ramadan starts on Saturday and lasts 30 days, during which time Muslims are expected to fast – abstaining from food and water – during daylight hours.

There are many high-profile Muslim footballers taking part in the 2014 World Cup. Aside from players from Algeria and Nigeria, there are a number of Muslims in the European sides, such as Mousa Dembele and Marouane Fellaini for Belgium; Karim Benzema and Mamadou Sakho in the France squad; Xherdan Shaqiri and Gokhan Inler playing for Switzerland; and Mesut Ozil and Sami Khedira representing Germany.

"I cannot fast during the Ramadan because I will be working," said Germany's midfielder Ozil, who is of Turkish heritage.

Capcioglu's colleague at the university, Professor Oznur Ozdoğan, added: "Actually, a person can deliver a high performance while he is fasting because achievement comes from God."

Capcioglu explained that fasting has a wider significance than just not eating or drinking – it also means connecting spiritually with God.

Celul Hicimi, Algeria's National Coordinator of Religious Affairs, said Algerian players should fast, referring to a Koranic verse which says: "Fasting is good for you."

However, he added: "If fasting has a harmful effect on them, they can break the fast." He asked FIFA to arrange the team's games at night to alleviate any negative physical effects of fasting.

Beril Yilmaz, dietitian for Turkish club Genclerbirligi, warned against fasting during periods of physical activity. "Stress and hunger may cause a hypoglycemia coma and fainting," she said. "We never suggest that sportsmen who have had hypoglycemic attacks before should fast."

Fasting is one of the religious duties of Islam, called the Five Pillars. It is a time of self-examination and increased religious devotion.