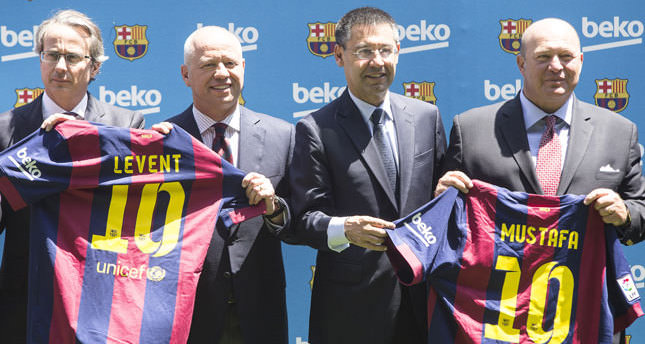 by Daily Sabah Jun 30, 2014 12:00 am
FC Barcelona has agreed to a four-year sponsorship deal with Turkey's global home appliance brand, Beko. The deal will see Beko's new logo, also unveiled on Monday, featured on the sleeve of the new team jersey and training kit. Beko will become the first commercial brand to benefit from a permanent presence on the official team jersey's sleeve.

The partnership will be symbolized by the presence of the Beko logo on the arm of the first team shirt worn for all Spanish League and Cup games during the 2014/15 season, as well as for friendlies and summer tour games.

Beko and FC Barcelona will work together on global marketing and social responsibility strategies.
Last Update: Jul 01, 2014 1:56 am
RELATED TOPICS