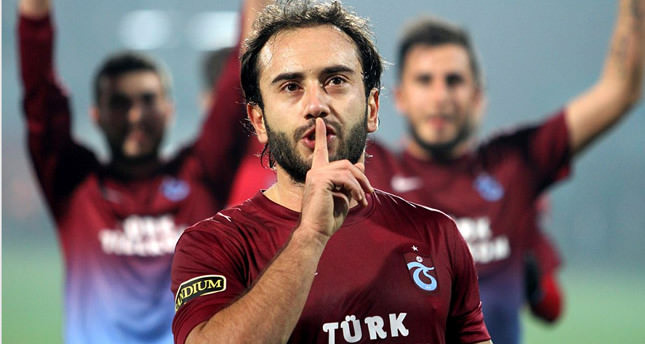 by Daily Sabah Jun 30, 2014 12:00 am
Turkey's Galatasaray, aka the Lions, officially announced on Monday that it has started negotiations to reach a deal on signing Turkish international midfielder Olcan Adın, from Trabzonspor.

In a written statement to the Public Disclosure Platform (KAP), Galatasaray said it will continue to notify the media on transfer developments. Trabzonspor also confirmed the negotiations with a statement released on the same day.

According to rumors in the Turkish media, Galatasaray will pay $4.5 million to Trabzonspor along with exchanging two other players with the 29-year-old midfielder Olcan. Olcan will have a three-year contract and he will be getting $1.5 million each year.