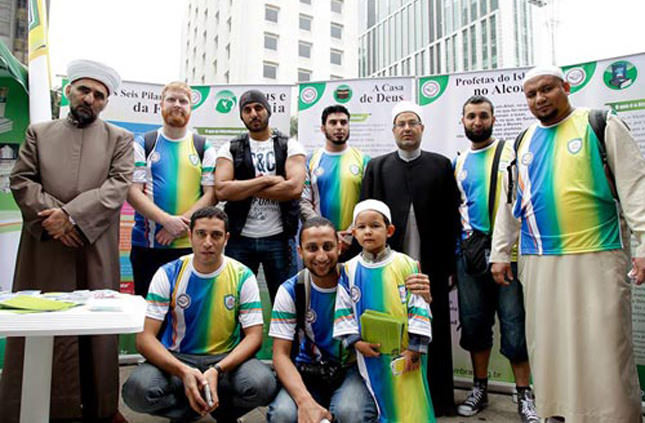 by AA Jul 03, 2014 12:00 am
With the 'Know Islam' campaign at the World Cup, Brazil, 12 people converted to Islam. Halid Rezzak Tagiyüddin, the President of Brazilian Islam and Imam's High Council said that during the World Cup 12 people converted to Islam with the help of the campaign 'Know Islam' which they started. "The people who have chosen to be Muslim were affected by the books telling of our religion and the prayer they heard." Brazilian Islam and Imam's High Council distributes brochures and tells people about Islam in the tents and stands as a part of the "Know Islam" campaign being held during World Cup.