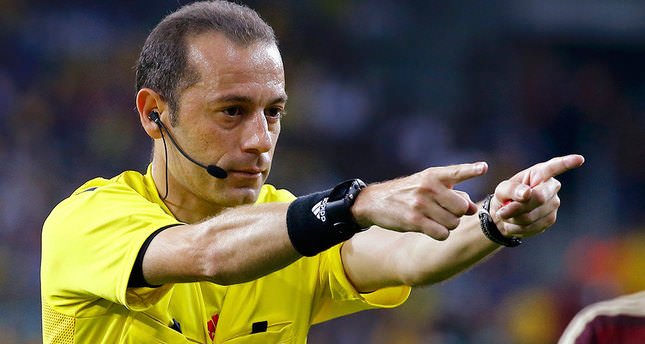 by AA Jul 08, 2014 12:00 am
Turkey's Cüneyt Çakir will referee the FIFA World Cup semifinal match between the Netherlands and Argentina on July 9th, FIFA announced on its website on Tuesday.

The 37-year-old Turkish referee will officiate his third game of the tournament, after Brazil - Mexico and Algeria - Russia in the group stages.