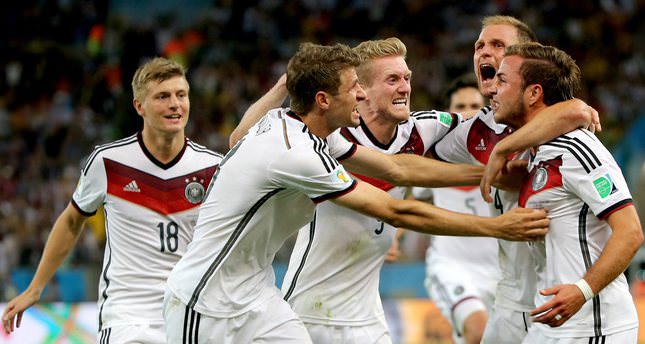 by Associated Press
Jul 13, 2014 12:00 am
Mario Goetze volleyed in the winning goal in extra time to give Germany its fourth World Cup title with a 1-0 victory over Argentina on Sunday.

Goetze controlled the ball with his chest and then shot past Argentina goalkeeper Sergio Romero in the 113th minute.

Argentina had created more chances, but failed to really test Germany goalkeeper Manuel Neuer throughout the 120 minutes of regulation and extra time.