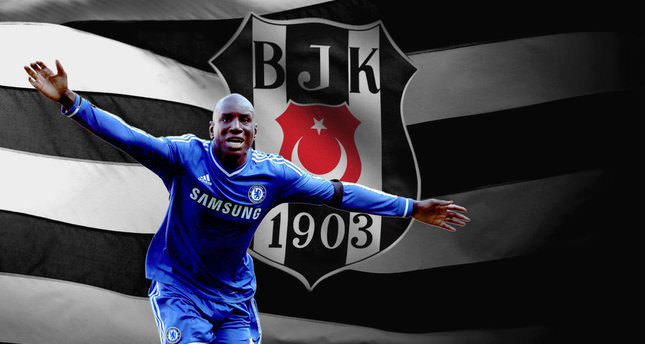 by Daily Sabah Jul 16, 2014 12:00 am
Beşiktaş and Chelsea are in talks to sign Chelsea's Senegalese striker Demba Ba, the Turkish side announced.

Negotiations were already advanced and Ba, 29, has come to Istanbul for a medical yesterday.

"Beşiktaş has begun talks with Chelsea for the transfer of Demba Ba," the club said in a statement, without giving further details.

Previous reports suggested Beşiktaş would be acquiring Ba on loan but it was not immediately clear what form the final deal would take.

Under Croatian manager Slaven Bilic, Beşiktaş will be looking in the coming season to improve on last year's third place in the Super Lig behind Istanbul rivals Fenerbahçe and Galatasaray. The team also has a place in the qualifying rounds of the Champions League.


Despite scoring crucial goals against Liverpool, Swansea and Paris Saint-Germain at the end of last season, the Senegalese striker struggled to earn a regular place in Jose Mourinho's matchday plans. Now with the arrival of Diego Costa from Atletico Madrid and the possible return of Romelu Lukaku from loan, he has been deemed surplus to requirements according to Eurosport.com.
"Demba Ba is an excellent player, we have been in talks with Chelsea for a long time over bringing him to Istanbul," confirmed the Turkish club's president Fikret Orman. "Talks are ongoing. Chelsea initially wanted 10 million euros (TL 28 million) for Ba but we have negotiated a price we are happy with. We'll tell the media once the final deal is done." Ba heavily hinted at a potential move to Beşiktaş earlier in the summer when he posted a picture of their fans on his Instagram page.