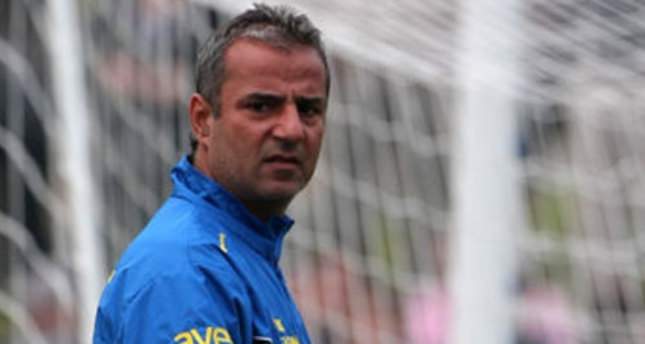 by Daily Sabah Aug 13, 2014 12:00 am
Assistant coach İsmail Kartal has agreed a deal to become the new manager of Fenerbahçe yesterday. However, the crisis at Turkish club,which began Saturday after the resignation of head coach Ersun Yanal, has deepened after a foul-mouthed recording emerged yesterday. The audio recordings, allegedly by Yanal, contains a litterny of expletive expressions. In the recordings uploaded to the internet, the man alleged to be Yanal is heard saying to his players, "If you want anything from me, I have almost given up everything. I'm ready to go this very evening. It doesn't matter to me. I don't owe my career to Fenerbahçe. Before Fenerbahçe, I have already a good career. I don't f... care. Whenever you want to work out, work out. F... your work out. I don't give a s.... Do you understand me?"

Yanal denied being the person heard in the audio recording yesterday. He said that the recordings were assemled in order to humiliate him. His advocate Murat Teber said yesterday they would begin a legal process against those responsible for the recordings. The battle of words continued yesterday between Fenerbahçe Chairman Aziz Yıldırım and Yanal. Yıldırım accused his former employee of lacking discipline. According to sources close to the Yıldırım, Yanal was alleged to have brought prostitutes to the club's facilities. "Ersun Yanal did not make this squad champions. The footballers did. Almost all the footballers complained about his lack of communication," Yıldırım said in a statement published in Turkish media.
Last Update: Aug 13, 2014 1:53 am
RELATED TOPICS